Cornerstone of a memorial for Karl Liebknecht 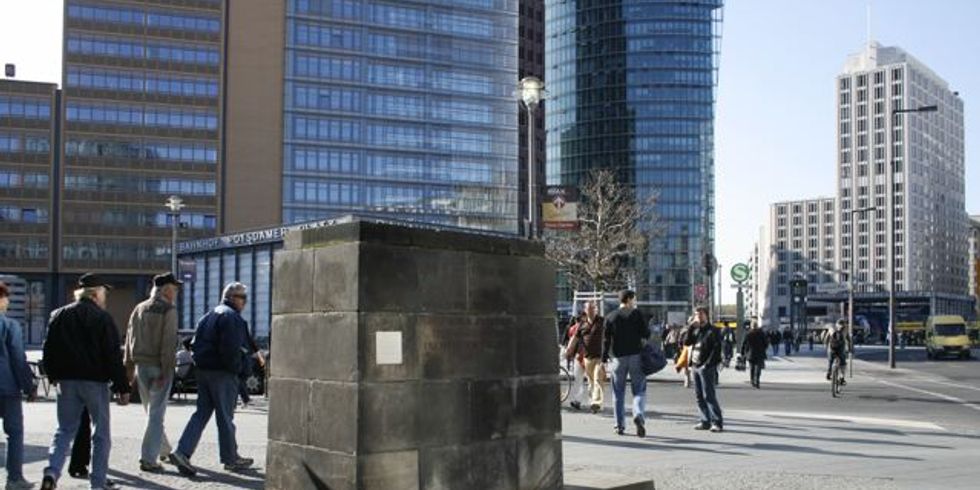 On 1 May 1916, Karl Liebknecht (born 13 August 1871; murdered 15 January 1919), member of the Reichstag and co-founder of the Spartacus League, organized a demonstration at Potsdamer Platz calling for an end to World War I. A “cornerstone for a memorial to Karl Liebknecht” was laid at the site of this anti-war demonstration on 13 August 1951. That site ended up being a section of the border strip after the Wall was built; once the Wall came down, the pedestal found itself on a privately owned construction site. It was removed and put into storage in 1995.

In 2003 the pedestal was reinstalled at Potsdamer Platz with a plaque explaining its history, as an artifact of the city’s past and of how socialist and antimilitarist movements were dealt with in Germany.