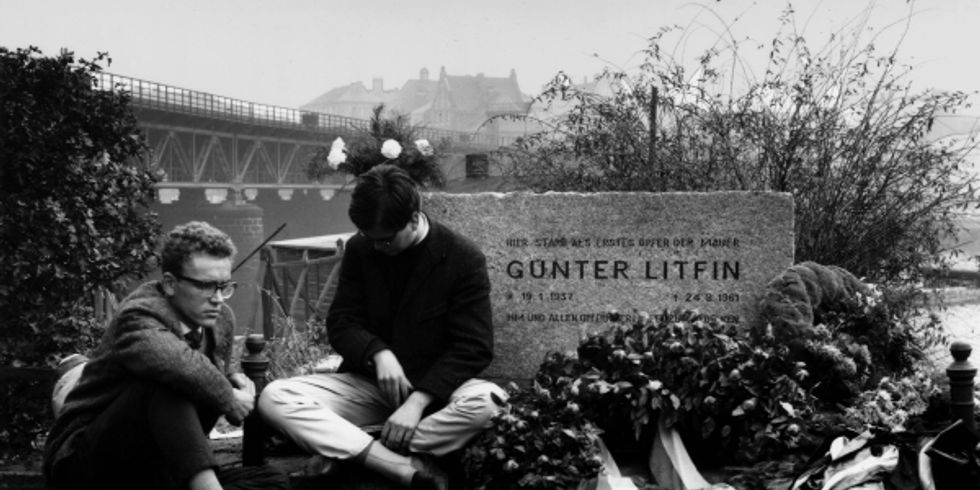 Günter Litfin died on 24 August 1961 attempting to escape to West Berlin. Killed by transport police guarding the railway premises east of Humboldthafen, he was the first person to be shot to death at Berlin’s border after 13 August 1961. The stone put up in his memory was unveiled on the first anniversary of his death.

The stone stood for many years on the west bank of Humboldthafen until being removed to make way for construction work. Today it can be found on Invalidenstrasse west of the Sandkrugbrücke with the inscription “Günter Litfin (19/2/37 – 24/8/61) died here as the first victim of the Wall / In memory of him and of all the Wall’s victims.”

In the course of construction, the stone is to be moved to Alexanderufer, close to where Günter Litfin made his attempt to escape and where his body was recovered.