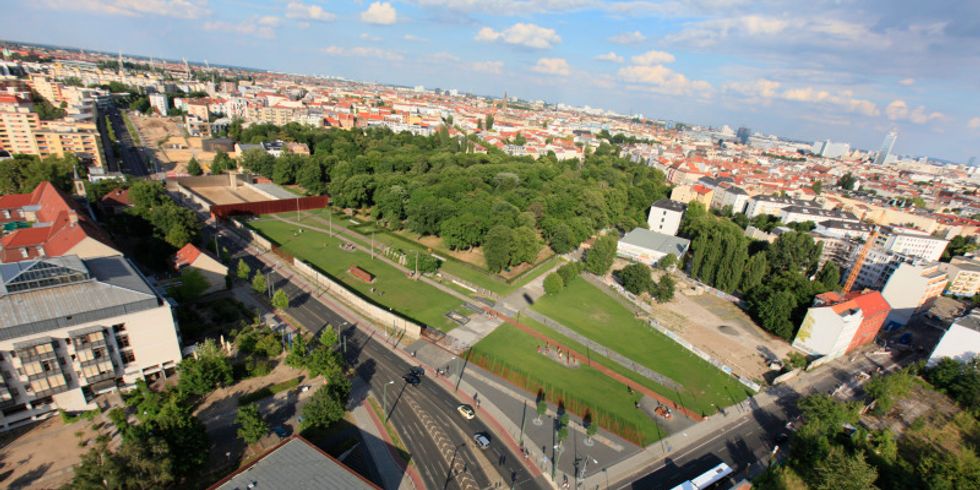 The memorial’s outdoor exhibition utilizes Bernauer Strasse’s historical significance and its many extant traces of the Wall to inform visitors about the Wall’s purpose and function in the context of the original site. Above all, it tells the stories of the people whose lives were restricted by the Wall, who were forced to move when it went up, or who tried to overcome it. The newly designed memorial grounds include the memorial, the Chapel of Reconciliation, and the “Window of Remembrance.”

Divided into four sections, each with a different focus, the outdoor exhibition explains the site itself, the most important events that occurred there, and the historical context: