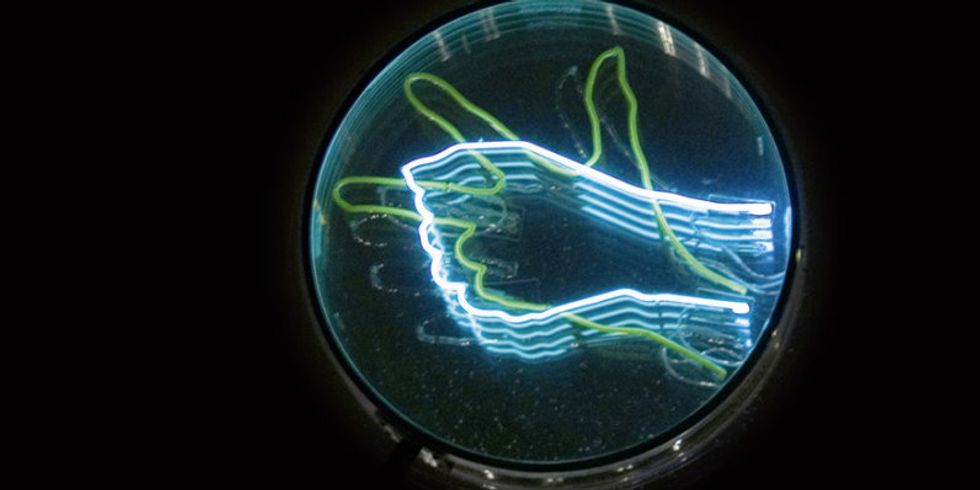 At night, a game of “rock, paper, scissors” runs in two light boxes installed in the support of the U-Bahn line on Oberbaumbrücke. Inside the boxes, a random generator controls three colorful fluorescent tubes, which form the outline of a fist, an outstretched hand, or a hand with two splayed fingers. Here, where two political systems once confronted one another, the artist Thorsten Goldberg raises the question of how decisions are made.

“This work is a permanent installation at an authentic site. Its appeal lies in the way it deals with the existing (bridge) architecture, subtly integrating itself into the structure – the way coats of arms would be lined up – and yet provoking viewers’ confusion.

This design is characterized by the use of abstract formal methods, commingled with a playful, sensual aspect. It has appropriated a game that has neither winners nor losers – and thus makes no decisions, either peaceful or violent – since the game’s only rule is its random nature.” (Excerpt from the comments of the jury, September 1996)