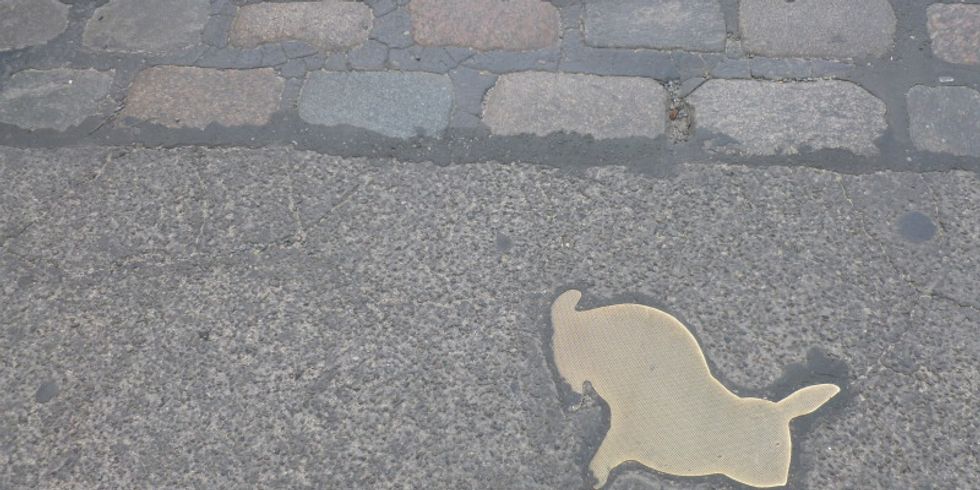 Running, crouching, hopping – 120 silhouettes in the form of life-size inlaid rabbits dot the area once occupied by the former Chausseestrasse border crossing in the Wedding borough. They are intended to remind viewers of the peaceful inhabitants of the former “no man’s land” who served back then as an object of projection for people on both sides of the Wall.

“At first glance, this work appears to distance itself from the seriousness of the competition theme. The reference to rabbits, the noble hare’s smaller cousins, as the peaceful and subversive inhabitants of this deadly strip of land hints at an approach that is taken up again in the ornamental treatment of the street space.

This work persuasively asserts its independence from the unreasonable demands of political didacticism.”

(Excerpt from the comments of the jury, September 1996)

Because of the construction of the new building for the Federal Intelligence Service (BND) and road work in many different places, only part of Karla Sachse’s artwork is currently on view. You can see the entire work as soon as the construction is finished.