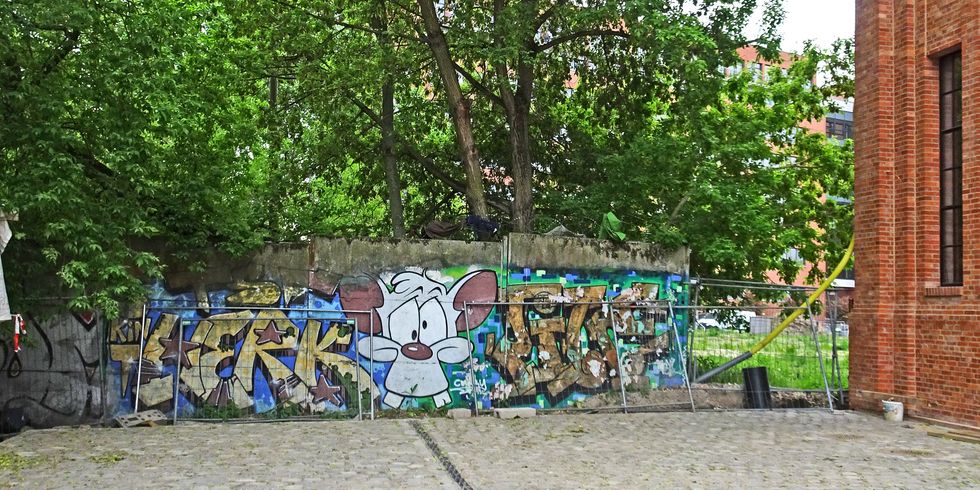 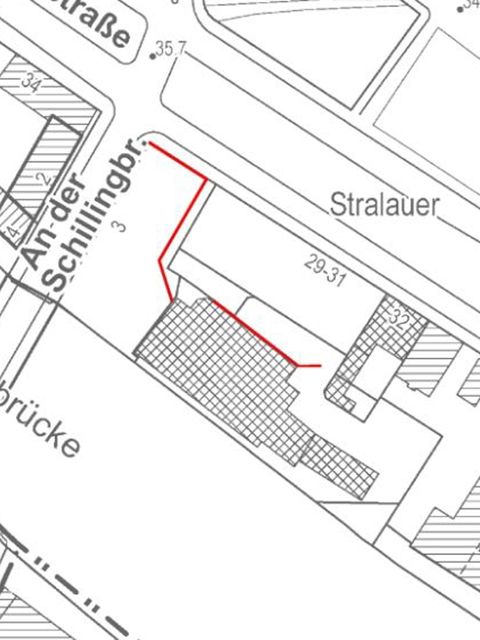 An der Schillingbrücke – The border through the Spree

Southwest of the former main train station, now known as Ostbahnhof, the border installations crossed the Spree. Near waterways – the Spree, the Spandauer Schifffahrtskanal, or even the Flutgraben (flood channel) – the border was secured by especially wide border strips with additional barriers, patrol boats, and nail-encrusted “underwater mats” of steel. The entire width of the Spree between the bridge Schillingbrücke and the harbor Osthafen was on East Berlin territory. The Hinterland wall (inner wall) – now famous as the East Side Gallery – ran along the Friedrichshain bank of the Spree, while the sector boundary on the opposite riverbank on the Kreuzberg side was not secured by a wall, but by the water itself. Roughly 80 meters of the Hinterland wall, listed as a historical monument in 2001, can still be seen on the corner property between the streets Stralauer Platz and An der Schillingbrücke.

Further to the south of the Spree, the Wall took over the historic strip of green occupying the old Luisenstädtischer Kanal between the Mitte and Kreuzberg boroughs, following it to the Engelbecken. The Luisenstädtischer Kanal, laid out in the mid-nineteenth century by Peter Joseph Lenné, was once a connecting link and transport route between the Oberspree and the Landwehrkanal. In 1926, pollution led to the canal being filled in, and head park planner Erwin Barth used the canal bed to create a green space of great variety. Once the Wall went up in 1961, however, the border strip buried the former “green canal” and destroyed this recreational area. After reunification, work began on restoring Barth’s original design. Right on the southern bank of the Spree, west of the Schillingbrücke and behind the new headquarters of the union Verdi, is a roughly 18-meter-long section of the Hinterland wall given protected status in 2005. One purpose of the wall on the riverbank was to shield the border patrol boats’ mooring place from view.