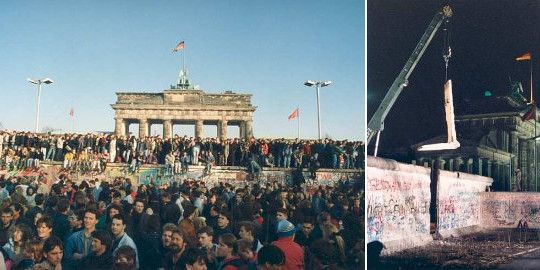 Since its erection in 1961, the Berlin Wall was for many years the place, where the geopolitical division of Europe, of Germany and of Berlin manifested itself. Citizens and visitors of the city-West could literally touch the division with their hands. In the eastern part of the city, however, barriers and controls obstructed the access to the zone situated in front of the borderline. Due to this reason the visual appearance of the border is less clear in the memory for the former East German citizen, as the characteristical Western sight was, of the concrete wall with an asbestos cement tube that has become a symbol for “the Wall.”

Since 1990, the Landesdenkmalamt (Berlin Monument Authority) has engaged itself for the preservation of the former border line. In the course of the years, all in all 25 parts of monument sites have been listed – some hundred meters of Wall segments and three watchtowers. The protection of the Berlin Wall is a great challenge for the Monument Authority. The border in the middle of the city was burdened with sorrowful memories and evoked, due to its young age as well as its ruinous condition, a broad refusal. The mediation of its importance and therefore its worth as a monument was and still is particularly demanding.

First listings already took place in 1990/91 against the bitter criticism from the public and the political sphere. After the fall of the Wall on the 9th of November in 1989, the joy and relief of the end of the division was omnipresent and the public understanding for the protection of testimonies of the border fortifications amongst those involved was little. As a symbol of the 40 years of East-West-division and of the policy of the GDR that went against human rights, the Wall should be eliminated as fast as possible from sight and experience. It supposed “to grow together, what belonged together” (Willy Brandt) and the historic unrightfulness should be compensated by a new usage and building on the pieces of land of the Wall. In competition with political and economic interests the border line did not have a chance to be protected on a wider scale: The spontaneous wish, to remove the stigma of the German division, and later also the interests of usage for the former Wall grounds, led to the comprehensive demolition of the closed off area.

Since a few years, visitors and citizens have uttered the wish, that the recent Berlin cityscape should also in future be able to tell about the history of the divided city. The demand to keep the memory of the division and its overcoming alive, finds always more approval. Politicians regret the almost traceless loss of the Wall. Proposals were made for a marking of the former course of the border and exhibitions as well as art performances picked out the former border space and its posts as a central theme. On the occasion of the 40th anniversary of the erection of the Wall on the 13th August 1961, the Berlin Monument Authority have listed further still existent segments of the Wall as monuments. The Senate Administration for Townplanning which is responsible for conservation commissioned the chair of conservation of the Brandenburg Technical University of Cottbus with the drawing up of a systematic documentation of the still existing remains and traces of the Wall and its border facilities in the town centre. On the basis of this blanket coverage registration and recommendations of the Senate Monument Council the Berlin Monument Authority listed the last important Wall segments and Wall elements as monuments.

As authentic testimonies, listed Wall segments can best remind of the division of the city that lasted for 28 years and the terror that was linked with the border facilities and the inhumanity of the system. Together with further remains and traces of the border line, like singular sections of the patrol track, still existing street lamps or barrier tubes, the listed sections of the Wall and watchtowers also remind of the fortune and the joy, that the division has been overcome and the Iron Curtain has fallen. 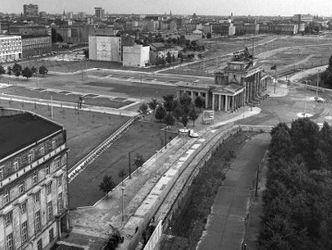 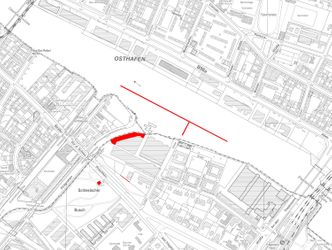