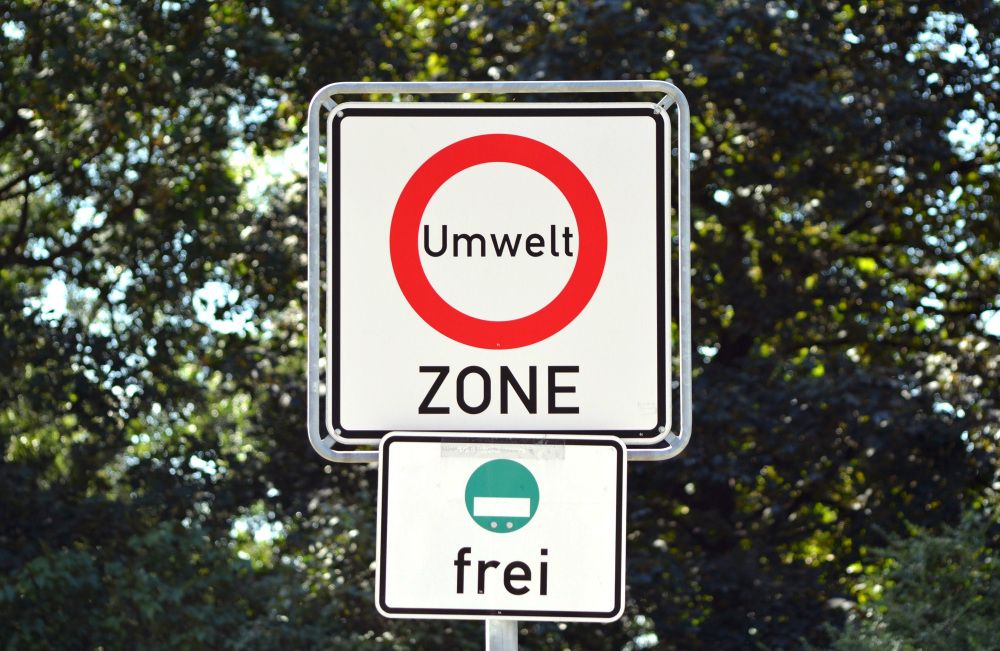 Since 1.1.2020, only vehicles with a green sticker are allowed in this area. Driving or parking in the low emission zone without a green sticker or an exemption permit is an offence and costs 80 Euros fine.

The low emission zone aims to achieve a modernisation of the vehicles driving on the roads and so reduce the diesel particles and nitrogen oxides that people inhale. Thus, the air will be cleaner and healthier.

When does the low emission zone apply?

In order to reduce pollution in the air in Berlin permanently the low emission zone traffic restrictions apply all time, i.e. without any time restrictions. Driving bans apply independent of the air pollution levels.

collapse
Why is a low emission zone necessary?

It is a measure of the air quality plan of Berlin 2005-2010 to meet the air quality standards of particulate matter (PM10) and nitrogen dioxide (NO2) as soon as possible and assure a good air quality.

Mainly, the low emission zone focuses on the reduction of diesel exhaust particles. These particles are especially harmful and increase the risk of pulmonary and cardio-vascular diseases. Moreover, diesel particles are classified as cancerogenous.

The low emission zone was not introduced to decrease the output of carbon dioxide (CO2), a climate-damaging gas. Nevertheless, it supports climate protection, as diesel particles contributes to the global warming as well and are now classified as one of the most important climate drivers after CO2.

collapse
What has the low emission zone achieved?

The low emission zone lead to a significant modernisation of the vehicle fleet in Berlin.

In 2012 around 96 % of diesel cars and approximately 85 % of all trucks had a green sticker. To achieve this, some 60,000 diesel-vehicles were retrofitted with particle filters. There are only minor differences between the vehicle fleet composition in the low emission zone and the rest of the urban area of Berlin. Without the low emission zone only around 80 % of diesel cars and 50 % of trucks would be awarded a green sticker.

The introduction of stage 2 achieved a reduction in emissions of diesel particles by more than half compared with the assumed trend, while nitrogen oxide emissions fell by around 20 %. This represents around 173 tonnes of diesel soot and 1,500 tonnes of nitrogen oxides less each year.

Without the reduction in pollutant emissions, air pollution of nitrogen dioxide and particulate matter PM10 would have been around 5 to 10 % higher. The reduction in additional particulate pollution along roads is of special significance for health protection. This traffic contribution on top of background pollution levels in urban residential areas away from main traffic routes could be more than halved.

As studies into the health risks posed by vehicle exhaust emissions in North Rhine-Westphalia have shown, the increased levels of pollution resulted in a significantly higher frequency of premature death from cardio-vascular diseases among residents. Their risk was almost 80 % higher than for people living more than 50 m from main traffic routes.

Please refer to the technical report by Wichmann et al.

You can find further reports on the effects of the low emission zone here (German only):

The Berlin low-emission zone – one year on: Investigation into its effectiveness

One year of the Berlin low emission zone stage 2

Investigation into the effectiveness of stage 2 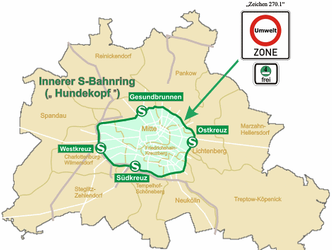 What area does the low emission zone cover and how can I recognise it? More information 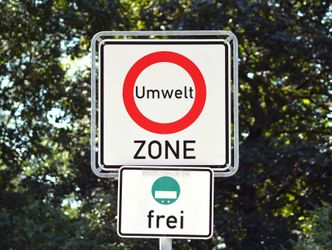 Retrofitting with a particulate filter 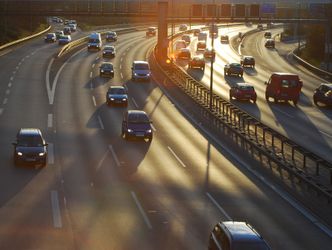 Older diesel vehicles that do not receive a green sticker or cannot profit from exemption regulations must not enter the low emission zone. However, it is not always necessary to replace vehicles since they can often be retrofitted with a particulate filter. More information