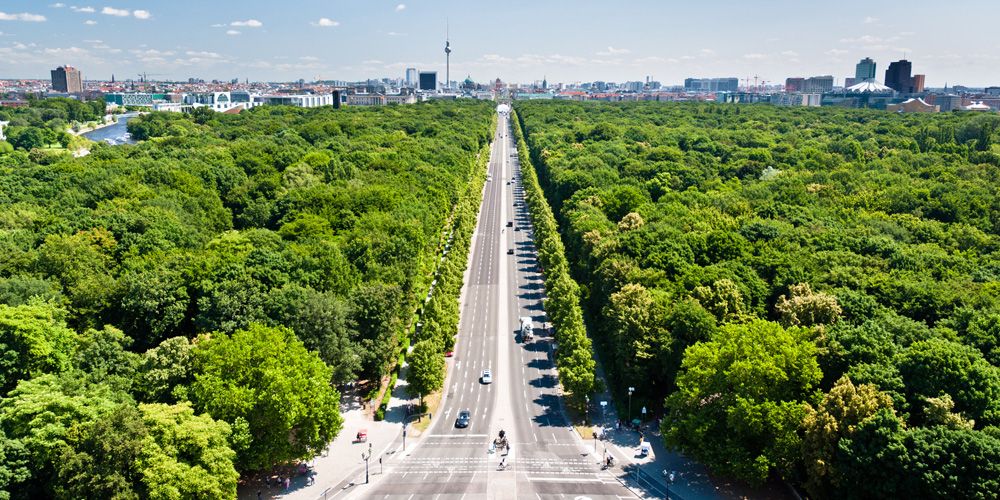 Berlin is going climate-neutral by 2045

Cities worldwide are home to more than 50 per cent of the world’s population. They create about 75 per cent of all global greenhouse gases through energy production and combustion processes from fossil energies. Thus, cities are both drivers of the cause for climate change and at the same time most vulnerable to its effects. Extreme weather events and rising temperatures as consequences of climate change are likely to be most noticeable and have a greater impact where people live in close proximity. It is therefore increasingly important for cities to, at the one hand, reduce greenhouse gas emissions (mitigation) and on the other, adapt their infrastructures to changing climatic conditions (adaptation). The 2015 Paris Agreement on Climate Change serves as benchmark. The aim is to limit the rise in global average temperatures to well below 2 degrees Celsius and pursue efforts to limit the temperature increase even further to 1.5 degrees Celsius.

The city of Berlin has already taken action in climate protection successfully. Berlin has even achieved its climate protection target for 2020 ahead of schedule. In the year 2019, 17.2 million tons of CO2were emitted. This corresponds to an emissions reduction of 41.1 percent compared to the base year 1990, which means that the earlier climate protection target set for 2020 of at least a 40 percent reduction in emissions has already been exceeded.
Despite successes achieved, Berlin is not yet on the path set out by the Paris Agreement. In order to get on track, it was decided to increase the ambition: The city of Berlin now aims to become climate-neutral by 2045 at the latest. Along the way, CO2emissions are to be reduced by at least 70 percent by 2030 and by at least 90 percent by 2040 compared to 1990.

These targets are obligatory by a fundamental amendment of the Berlin Climate Protection and Energy Turnaround Act (EWG Bln), adopted by the Berlin House of Representatives on August 19, 2021. This act has already served as legal framework for ambitious climate action since 2016. It makes climate action planning and monitoring via the Berlin Energy and Climate Protection Programme (BEK 2030) and the digital monitoring and information system (diBEK) mandatory. In addition, the law contains regulations e.g. on CO2-neutral administration, climate adaptation and climate education. It now also contains climate protection targets for public buildings and vehicle fleets, and regulatory steps towards a CO2-free district heating supply.

Next, the Berlin Energy and Climate Programme 2030 will be updated in 2022. The first version of the programme runs since 2018. It contains about 100 measures on mitigation and adaption. It serves as a basis for three targeted funding programmes (on heating replacement, solar power storage, climate adaptation) and financed more than 70 individual climate protection projects. It will be updated, amongst others, based on an evaluation of the recent programme as well as on recommendations of a climate citizen council.

Moreover, as a further focus, the Senate of Berlin is also required by law to work towards phasing out coal-based power and heat generation in Berlin by 2030 at the latest in order to significantly reduce greenhouse gas emissions from these processes.