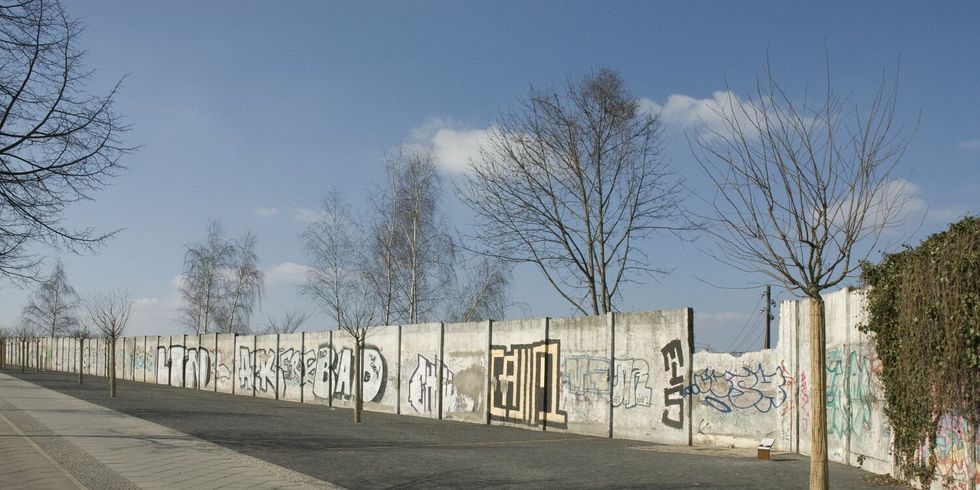 “We live on Bornholmer Straße, in the east…
Me, I’d already hit the hay, but my old lady went out with the dog.
Bit later she came back and said, Hey, they’re all going over to the west!
So I threw on my clothes and got myself over there, too.”
Der Spiegel 46/1989, S. 28 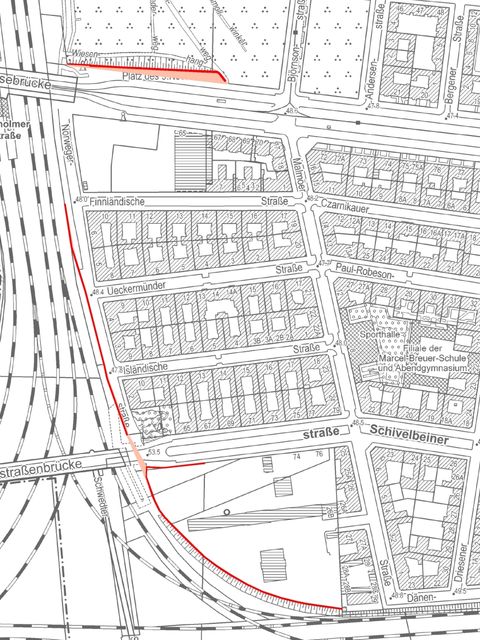 On the evening of 9 November 1989, the unbelievable happened when Politburo member Günter Schabowski announced in a now legendary press conference that East German citizens could cross over to the west at all of the checkpoints along the border. Thousands of East Berliners had soon gathered at the city’s border crossings. The barriers at Bornholmer Straße opened at around 10:30 p.m., allowing the crowds onto the Bösebrücke bridge as they poured into West Berlin. The Bornholmer Straße checkpoint was the first to raise its barriers and was followed during the night by the rest of the border crossings in Berlin. Plaques on the bridge and on Bornholmer Straße recall the memorable events of that evening.

From 1961 to 1989, a total of 12 border crossings led to West Berlin. Heiligensee, Staaken, Dreilinden, and Waltersdorfer Chaussee lay on the border between West Berlin and the GDR; West Germans and international visitors were checked through here. Eight border crossings regulated traffic between East and West Berlin; the checkpoints at Chausseestraße, Invalidenstraße, Sonnenallee, and Oberbaumbrücke were used by West Berliners. Checkpoint Charlie was reserved for members of the Allied troops, diplomats, and foreign visitors, while the Friedrichstraße station was for West Germans and foreign nationals traveling by U-Bahn or S-Bahn.

The Bornholmer Straße border crossing between the boroughs of Pankow (east) and Wedding (west) was used to check West Germans, as was the border crossing at Heinrich-Heine-Straße. Like all checkpoints, it was distinguished by special security features. The border crossing was enclosed by the Hinterland wall (inner wall), a section of which – on the north side of Bornholmer Straße on the embankment at the eastern end of the bridge and extending almost to Björnsonstraße – has been preserved. It screened the checkpoint from the community gardens to the north. Built of concrete slabs and reinforced concrete pillars, it was classified as a historical monument in 2001.