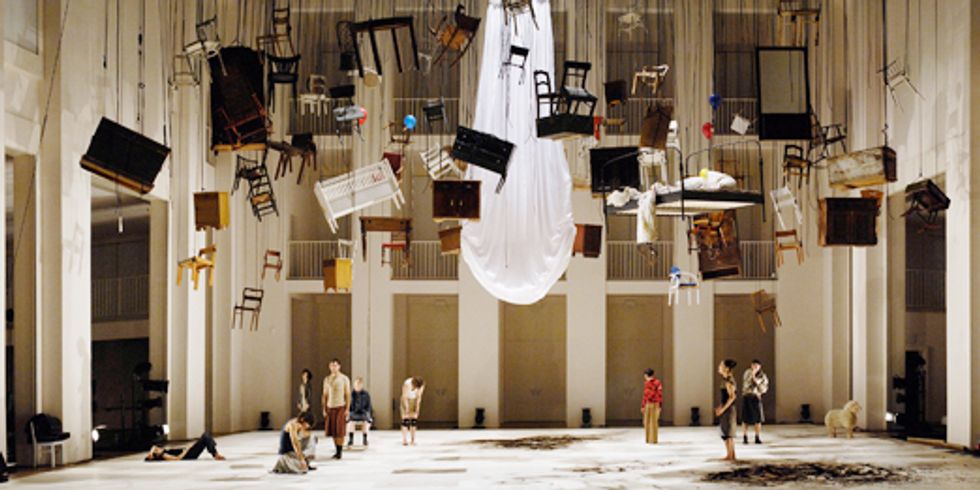 Berlin is a centre of contemporary theatre with a long tradition and a proud reputation. The city is home to numerous stages and theatre and dance ensembles, featuring a diverse range of aesthetic forms of expression across all of the performing arts.

Elsewhere, Hebbel am Ufer (HAU) specializes in the presentation and production of contemporary forms of performing art. HAU also hosts the largest annual international dance festival in Germany (Tanz im August).
Grips Theater is widely considered to be the birthplace of progressive children’s and youth theatre. Established in 1969, Grips has staged and developed numerous works which have influenced children’s and youth theatre around the world.
The Friedrichstadt-Palast is Europe’s largest show and revue theatre. Combining music, dance, death-defying acrobatics, dazzling stage engineering and the theatre’s famous kickline of revue girls, the Friedrichstadt-Palast is a unique show experience.

Funding is not restricted to Berlin’s major theatres. A broad range of small and medium-sized private theatres and independent groups are the recipients of institutional funding and in some cases concept funding. This includes the following theatres and independent ensembles: Renaissance Theater, Schlosspark Theater, Komödie und Theater am Kurfürstendamm, Prime Time Theater, Vaganten Bühne, Kleines Theater am Südwestkorso, Theater im Palais, Sophiensæle, Neuköllner Oper, Rimini Protokoll, Theater Strahl, Ballhaus Naunynstraße, Theaterdiscounter, and Nico and the Navigators. In 2015 the scope of this funding stream will be broadened to include the performance groups She She Pop and Gob Squad.

Institutional funding is also provided to the Staatsballett Berlin – with 88 dancers it is the largest ballet company in Germany – and various proponents of contemporary dance in Berlin. The recipients include the nationally and internationally renowned choreographer Sasha Waltz and her company, as well as Constanza Macras/Dorkypark and Compagnie Toula Limnaios.

Held each year in May, the most important German festival for theatre attracts theatre-makers, journalists and guests from across the globe to Berlin:
Theatertreffen