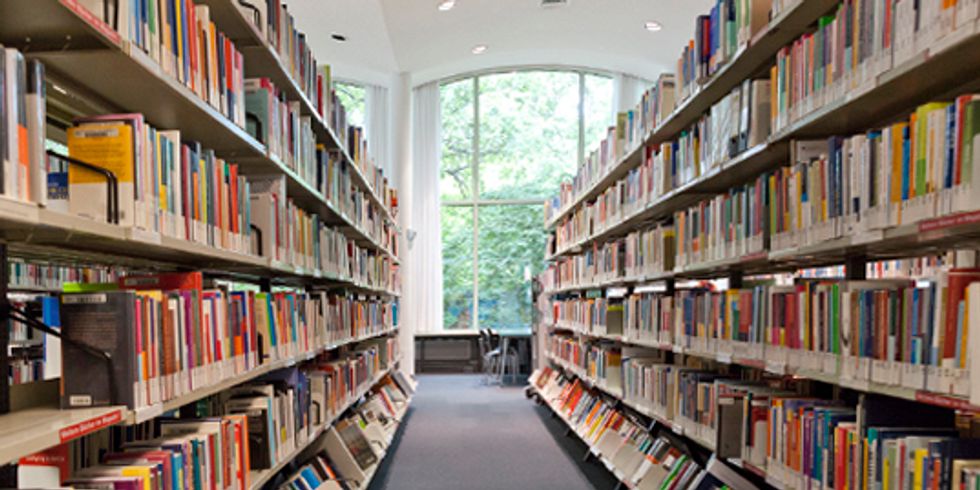 Libraries provide the general public with access to entertainment and information resources. They offer a space for public debate, learning and research, and are an important distribution platform for diverse media formats. The public libraries in Berlin’s twelve boroughs play an important role in promoting and supporting literacy development and language acquisition. Their links to schools, early childcare and education centres and other actors in the education sector make libraries an important component of the cultural education infrastructure. With over 9 million visitors each year, Berlin’s public libraries are the city’s most-frequented cultural institutions.

Many of the region’s scholarly and public libraries are members of the Cooperative Library Network Berlin-Brandenburg (KOBV) and deliver their services on the KOBV web platform.

Berlin’s public library system is comprised of two organizational tiers. At a regional level, the Foundation of the Zentral- und Landesbibliothek Berlin (ZLB), which supervises the management of the Amerika-Gedenkbibliothek, the Berliner Stadtbibliothek and the Senatsbibliothek, plays a prominent role. Operating as a public trust foundation, the ZLB receives institutional funding from the Federal State of Berlin.

Berlin’s public library services are administered, delivered and funded through the local government agencies of Berlin’s twelve boroughs. A public library network – Verbund der Öffentlichen Bibliotheken Berlin (VÖBB) – provides a cross-institutional platform that enables users to access the services and stocks of both the ZLB and public libraries across the city. The implementation of general matters of policy within Berlin’s public library system is supervised and facilitated by the Senate Department for Culture and Europe.

The Kompetenzzentrum Bestandserhaltung für Archive und Bibliotheken in Berlin und Brandenburg (KBE) is a regional initiative aimed at improving standards in the preservation of materials held in archives and libraries. To this end, the KBE seeks to build and strengthen cross-institutional networks between libraries and archives throughout the region. The KBE is attached to the Zentral- und Landesbibliothek Berlin (ZLB) and is funded through the Senate Department for Culture and Europe and the Federal State of Brandenburg.

Most of the scholarly and specialized libraries in Berlin operate as organizational departments of individual research facilities and academic institutions. Funding and administrative support is provided to these libraries through the respective organizations and research institutions. Jointly funded by the federal and state governments through the Prussian Cultural Heritage Foundation, the Staatsbibliothek zu Berlin – Preußischer Kulturbesitz is a facility of national and international significance. The libraries attached to Berlin’s four universities – Humboldt-Universität zu Berlin, Freie Universität Berlin, Technische Universität Berlin and the Universität der Künste – are operated by and funded through the respective universities.

The recent completion of work on several new world-class facilities, such as the Jacob- und Wilhelm Grimm-Zentrum at Humboldt-Universität and the new reading hall at the Staatsbibliothek Unter den Linden, represents a significant step forward for Berlin’s library culture. Across Berlin’s boroughs a number of central and branch libraries have been rebuilt with the support of grants from the EU. There are also plans for the construction of a new facility to house the Foundation of the Zentral- und Landesbibliothek Berlin (ZLB).

The Landesarchiv Berlin is the central government archive of the Federal State of Berlin and operates as a unit of the Senate Senate Department for Culture and Europe. The Landesarchiv collects and conserves contemporary and historical archival materials in a variety of media formats from government bodies in Berlin along with information resources relating to the history of the city. The Landesarchiv provides public access to its holdings and seeks to improve awareness of the city’s history through the publication of specialist literature and various exhibitions and events. The Landesarchiv also maintains the official chronicle of the City of Berlin. In recent years the Landesarchiv has invested heavily in the modernization of its services and work flows, and acquired the technical infrastructure necessary to operate as a digital archive. In 2013 a number of historical film documents held by the Landesarchiv were added to the register of the UNESCO Memory of the World Programme.