Museums and other visual arts institutions 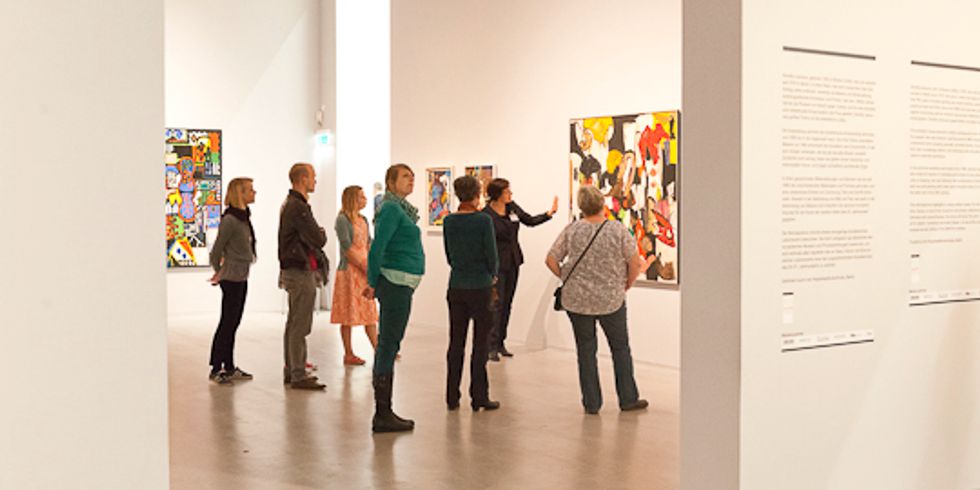 Among Berlin’s museums are a number of major institutions of international renown, including the Pergamon Museum, the Gemäldegalerie and the Museum für Naturkunde. The city’s boroughs are also home to a range of heritage museums for local history as well as leading specialist museums. The Bauhaus Archive, for instance, holds the most important collection worldwide of Bauhaus artefacts, the Schwules Museum is unique in Europe, and the German Museum of Technology offers visitors to its science centre and planetarium fascinating insights into the cultural history of technology.

Not only do Berlin’s museums vary substantially in terms of their public profiles, size and focus, there are also significant differences in their ownership, administration and financing. A number of highly successful privately operated and funded institutions exist in Berlin, alongside which numerous museums receive some form of institutional funding from the public sector – whether through local, state or federal government agencies.

Berlin’s four state-owned museums – the Bröhan Museum for Art Nouveau, Art Déco and Functionalism, Berlinische Galerie / Museum of Modern Art, the German Museum of Technology and the Stiftung Stadtmuseum Berlin – are public trust foundations subject to the regulatory oversight of the Federal State of Berlin. The Brücke Museum operates as a unit of the Senate Department for Culture and Europe. Many other institutions – including the Bauhaus Archive, Domäne Dahlem, Schwules Museum and the Werkbund Archives – are administered by associations or private foundations and receive institutional funding from the Federal State of Berlin.

All of the various recipients of institutional funding in Berlin fulfil the criteria set out by the International Council of Museums (ICOM) in that they are individually “non-profit, permanent institution[s] in the service of society and its development, open to the public, which acquires, conserves, researches, communicates and exhibits the tangible and intangible heritage of humanity and its environment for the purposes of education, study and enjoyment.”

Funded jointly by the federal and state governments, the Prussian Cultural Heritage Foundation administers the seventeen national museums in Berlin, including major institutions on the Museumsinsel and the Kulturforum in Tiergarten as well as museum complexes in Charlottenburg and Dahlem. Charlottenburg Palace and Schönhausen Palace are among the assets held by the Prussian Palaces and Gardens Foundation Berlin-Brandenburg, which is owned and administered jointly by the two federal states with funding from the federal goverment. The federal government also provides funding to the Jewish Museum, Deutsches Historisches Museum (German Historical Museum), Allied Museum, German-Russian Museum and branches of the Stiftung Haus der Geschichte located at the Tränenplast and the Kulturbrauerei. A growing number of private museums operating in Berlin also draw on the Senate Department for Culture and Europe for project funding as well as consultancy and marketing services.

In addition to the major museums for modern and contemporary art – Berlinische Galerie, Hamburger Bahnhof etc. – institutional funding is also provided to various institutions, including KW-Kunstwerke Berlin, Künstlerhaus Bethanien and Haus am Waldsee, which do not hold their own collections, but serve as platforms for the presentation of contemporary art.

State funding is also provided to public galleries in the twelve boroughs for their programmes and exhibition work. The youth outreach organization Jugend im Museum (JiM) is also a recipient of institutional funding. A partner organization of many of Berlin’s museums, JiM supplements the regular art education and outreach programmes maintained by museums with courses and projects linked to specific exhibitions and collections.

Museums and other visual arts institutions which receive institutional funding from the Federal State of Berlin are required to implement inclusive and equitable frameworks for participation, in particular with respect to accessibility and cultural education. Admission is free of charge to children and young people below the age of eighteen.

Institutions afforded institutional or long-term funding by the Federal State of Berlin: