Memorials and sites of remembrance 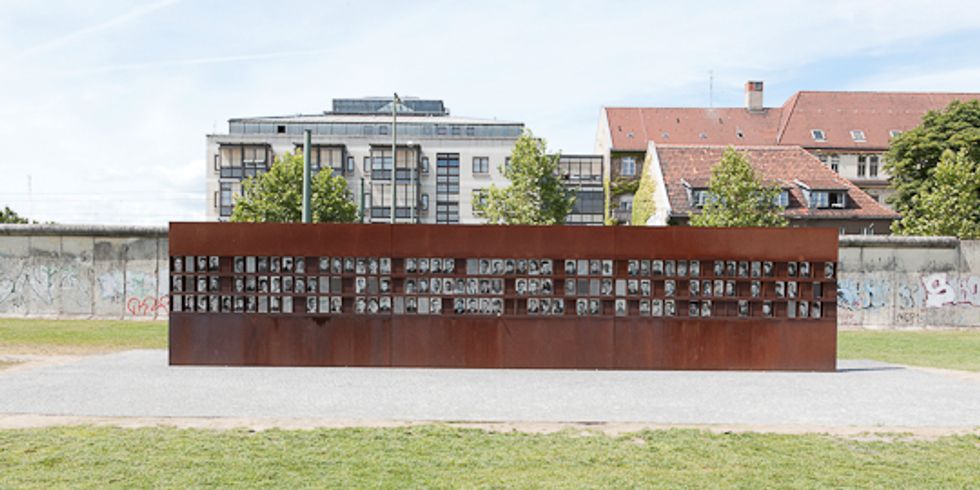 The twentieth century was an “age of extremes” and this is particularly evident in the case of Berlin. The German capital was the nerve centre of two world wars. It was from here that the central organs of the National Socialist regime instigated their reign of terror. And it was in Berlin that the Allies cemented their victory over Nazi Germany. Later, divisions between East and West were manifested in the building of the Berlin Wall. Flanked by the overthrow of governments across Eastern and Central Europe, the fall of the Berlin Wall and the collapse of the SED dictatorship in 1989 became global symbols of the power of non-violent resistance.

The Federal State of Berlin and the federal government acknowledge their responsibility to commemorate the victims of the Nazi regime and to preserve the historical sites of their persecution in order to ensure that this legacy is never forgotten. Following the completion of the Memorial to the Murdered Jews of Europe at the Brandenburg Gate, which, together with the Memorial to the Sinti and Roma of Europe, the Memorial to the Homosexuals Persecuted under the National Socialist Regime and the Memorial to the Victims of National Socialist ‘Euthanasia’ Killings, was built under the auspices of the federal government, the last years have seen the construction of a new building to house the Topography of Terror Foundation in Berlin’s historical administrative centre. This was followed by an extension to the Documentation Center on Nazi Forced Labour in Berlin-Schöneweide.

Funded jointly by the Federal State of Berlin and the federal government, the Topography of Terror Foundation is a public trust foundation. The foundation maintains a series of information panels detailing the history of the central institutions of Nazi persecution and terror at sites along Wilhelmstraße. Information panels have also been erected at numerous other sites connected with the Nazi regime across Berlin, including the island of Schwanenwerder and Tempelhofer Feld. Institutional funding is provided by the Federal State of Berlin to the Verein Aktives Museum, to which the Koordinierungsstelle für Stolpersteine is attached. Both organizations are dedicated to the promotion of civic engagement at a local level.

Two sites which have proved particularly popular with international audiences are the House of the Wannsee Conference (co-financed by the federal government), which provides a range of learning resources and education services, and the German Resistance Memorial Center located at the site of the attempted coup of 20 July 1944 at the Bendler Block in Berlin-Mitte. The German Resistance Memorial Center Foundation also manages the Plötzensee Memorial Center, the exhibition “Silent Heroes” and the Museum Otto Weidt’s Workshop for the Blind at Hackescher Markt in Berlin-Mitte.

The Berlin Senate adopted the General Concept for the Berlin Wall Memorial Site (German) in 2006, expressing the will of the Senate to preserve the memory of the victims of the SED’s dictatorship. The central element of this concept, the Berlin Wall Memorial on Bernauer Strasse, features an open-air exhibition in the former ‘death strip’ and a series of commemorative stations. A walkway has also been created – the Berlin Wall Trail – which traces the course of the Berlin Wall around West Berlin, complete with trail markers, information panels and pillars, and a multilingual website. The Marienfelde Refugee Centre Museum, which commemorates the suffering of the 3.5 million refugees that fled the GDR, has been furnished with a comprehensive permanent exhibition and incorporated into the Berlin Wall Foundation, which is jointly co-funded by the federal government as a public foundation of the Federal State of Berlin. In 2013 work was completed on the construction of a permanent exhibition and visitor facilities (including a bookshop, cafe and visitor centre) at the Berlin Hohenschönhausen Memorial, housed in the former central remand prison of the East German Ministry for State Security (commonly known as the ‘Stasi’), while preserving the building’s historical features and form. The memorial and museum are maintained by a public trust foundation (Stiftung Gedenkstätte Hohenschönhausen) subject to the regulatory oversight of the Federal State of Berlin and co-funded by the federal government.

Memorials and sites of remembrance funded by the Federal State of Berlin are committed to upholding the standards of scientific practice and contemporary history and civic education. Entrance to these sites is free of charge, fees for guided tours and seminars vary across institutions.