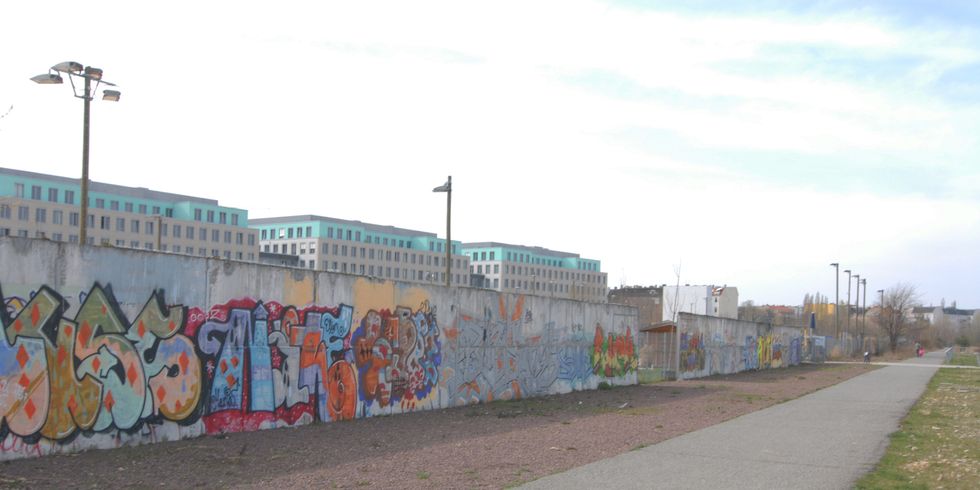 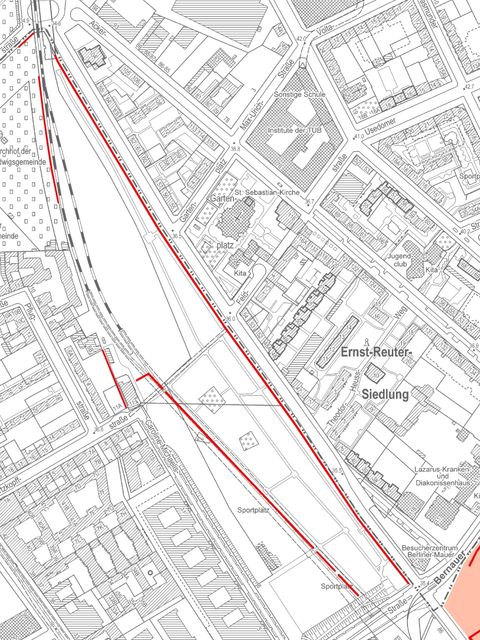 After the Second World War, Berlin lost its former role as a railway hub. The city’s division and the construction of the Wall led first to the closing and then to the demolition of the huge terminal stations. The station Nordbahnhof, known as Stettiner Fernbahnhof until 1950, was hit especially hard by the consequences of the East-West conflict: the grounds were cleared and transformed into part of the border strip. The station building itself was torn down in the 1960s; only the entrance hall of the original suburban train station is still standing. The S-Bahn station to the east was closed following the construction of the Wall. Trains from West Berlin rattled past the underground platforms of this “ghost station” without stopping.

After the fall of the Wall, the S-Bahn station Nordbahnhof was re-opened; it is now a stop along the S 1, S 2, and S 25 lines. The railway property around it, however, lay unused and inaccessible long after that. New projects have been initiated in this area in recent years, such as the new Deutsche Bahn AG administrative building on the western side of the property. In compensation, the station grounds and the former border area are being redesigned by Grün Berlin Park & Garten GmbH as a public park with sports facilities. The remains of the Wall, protected as historical monuments since 2001, and a section of the patrol track (border control road) have been integrated into the plans for the park.

Various traces of the Wall on the grounds of the former Nordbahnhof and nearby give an indication of the construction and evolution of the border installations here. The longest section – 900 meters -in the vicinity of Nordbahnhof runs along Gartenstraße on the eastern side of the railway property. This historic brick station wall from 1895 served to secure the property in the years before the GDR border installations went up; after 1961 it became part of the wall dividing East Berlin from the West Berlin borough of Wedding. As such, the existing passageways were bricked up and Y-shaped supports for barbed wire were mounted on top. When a new border wall was built right behind this one in the mid-1960s, the station wall was retained as an additional barrier element.

In 1984 a new Hinterland wall (inner wall) was erected between the S-Bahn station and Pflugstraße in the middle of the border strip, which was unusually wide here. The old Hinterland wall further to the west now served as an additional barrier securing the uneven terrain of the railway grounds. Remains of the second Hinterland wall with the color scheme typical of the side facing east – white rectangles framed in gray – have been preserved as a historical monument and can still be seen at Nordbahnhof, along with a 100-meter-long section of the Hinterland wall between the houses on Pflugstraße.

A 200-meter-long section of a security wall can be found between the railway premises and the St. Hedwig cemetery to the west. This wall of concrete slabs separated by steel supports was to further secure the S-Bahn line that crossed the sector boundary here.

On the grounds of the cemetery itself, you can see 15 meters of the former border wall (outer wall) (Grenzmauer 75) – mutilated by souvenir-seekers – along Liesenstraße and two Hinterland wall segments near the cemetery entrance. As in the case of the cemeteries on Bernauer Straße, graves right by the border were razed and the gravestones used to pave a street.