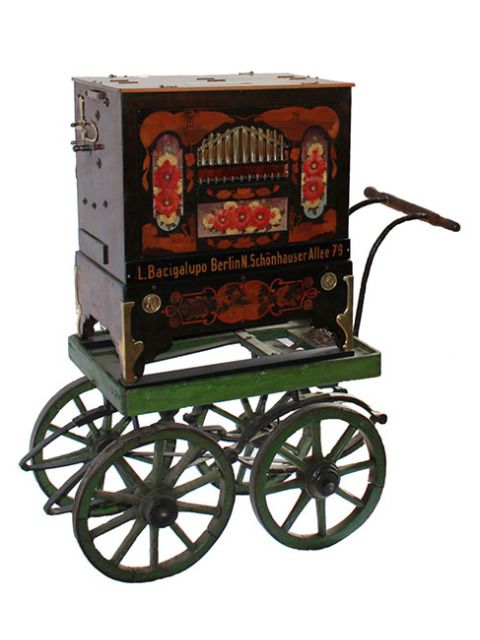 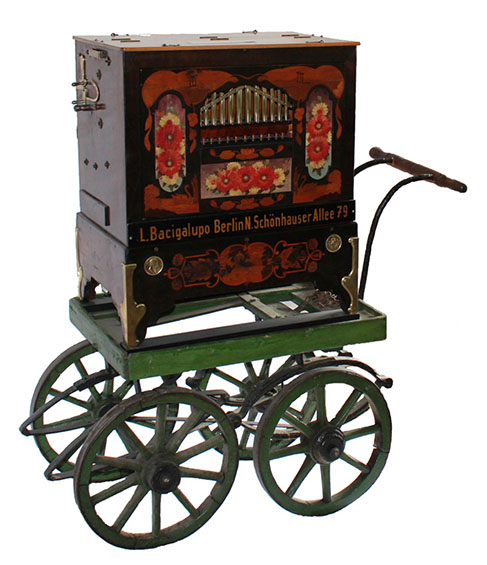 At the end of the 19th century, the pioneering spirit of the capital city of the German Empire attracted Italians to Berlin. Many of them settled at the city gates and created a small Italian colony on the territory of today’s Prenzlauer Berg. This community was made up of restaurateurs, wine sellers, street traders, plaster figures casters, musicians as well as manufacturers of music instruments from the Genoa area. The most famous of these manufacturers came from the Bacigalupo family.

In 1891, the organ builders Giuseppe Cocchi and Giovanni Battista Bacigalupo, together with restaurateur Antonio Graffigna, opened their business at 78 (later 79) Schönhauser Allee. They crafted mechanical music instruments like pianos, orchestrions and barrel organs. Here the Bacigalupos ran their workshop for three generations under different company names. In 1910 Giovanni Bacigalupo jr. (1889 – 1978), the youngest son of the founder, opened a second organ-making workshop at 74 Schönhauser Allee.

The craftsmanship skills of the Bacigalupos became evident in the fine musical quality of their instruments, which were in high demand and were sold as far as Übersee (South Bavaria). Many of the legendary Berlin organ grinders played instruments made by the Bacigalupos. Sadly, after the introduction of the radio the demand for mechanical music instruments and relative reparations sank. As the newest hits replaced the waltz, the main workshop closed down.

With the death of the last owner in 1967, a decades-long company story came to an end. The family tradition in this place died out when the workshop at 74 Schönhauser Allee closed down. Today the instruments built by the Bacigalupos are still held in high regard and are much sought-after collectable pieces.