DFB Cup: Hertha hosts Union in round of 16

DFB Cup: Hertha hosts Union in round of 16 In addition to the league matches, Herthan will host Union in the round of 16 of the DFB Cup, as revealed by the draw on Sunday. The matches in the round of 16 will be played on January 18 and 19, 2022, with the final at Berlin's Olympic Stadium scheduled for May 21. Hertha coach Pal Dardai spoke of a dream draw as well as a public holiday for the capital. "That would have been a nice final as well. We will do everything we can to make this a special evening for all Hertha fans," said the 45-year-old Hungarian.
"At least it's not a long trip, but it's not a home game either," said Union manager Oliver Ruhnert about the guest game at Berlin's Olympic Stadium, where Union plays its home games in the Conference League. "Certainly, many will be looking forward to a derby and that's why we'll approach the game like any other and try to advance one round." Union had reached the round of the best 16 with a 3-1 win after extra time against the third-division club Waldhof Mannheim. Hertha had advanced one round with a 3-1 win against regional league team Preußen Münster. 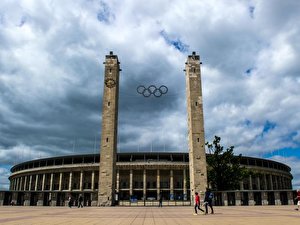