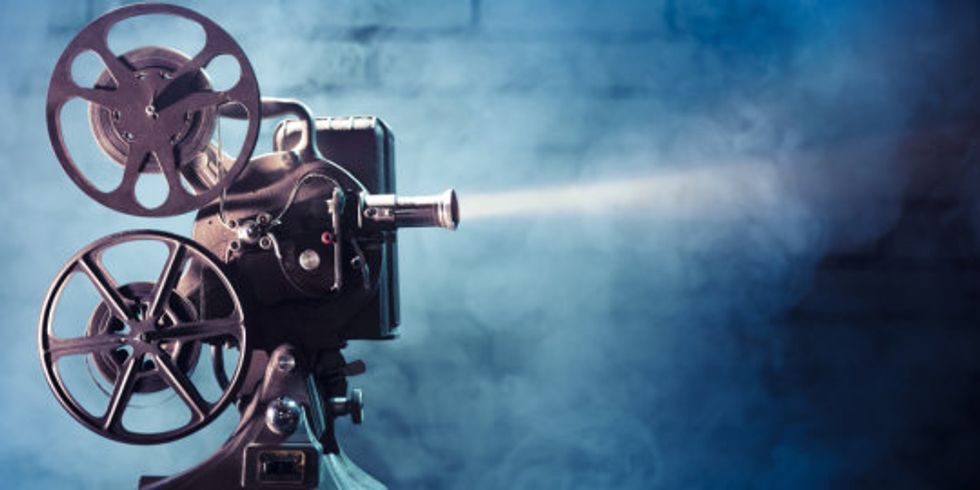 In Germany’s film industry, around 11,200 companies employing 87,500 people generate a turnover of approx. 6.8 billion euros. Since 2009, the German film industry has increased sales by five percent, while the number of companies and employees has fallen slightly. In particular, the sectors of distribution / film sales agents, cinemas and post-production provided an impetus to growth. According to a study of producers, the ten largest production companies by turnover account for around 53 percent of the movie production and TV market in Germany.

With German cinema admissions totalling close to 130 million for 2013, the German Federal Film Board (FFA) reported box office sales of over one billion euros for the second time in succession. Although audience figures and turnover showed a slight decrease, German film performed especially strongly with German movies accounting for 25 percent of all admissions. The most successful film of the year was FACK JU GÖHTE, with an audience of 5.6 million. In 2013, the 3D format achieved a market share of 25 percent in terms of admissions. In addition, Video on Demand in particular is gaining in importance as a distribution channel.

Seven German productions or co-productions attracted audiences of over one million in 2013. The average budget for a film production in Germany is between 3 and 5 million euros. If films attract an audience of over one million, these costs are certainly covered. However, the majority of film productions are funded by mixed financing from a range of sources, first and foremost from film support bodies and public service broadcasters. According to a survey of producers, the funding from film support funds covers, onaverage, 40 percent of the production costs of a feature film produced in Germany. A further 20 percent is funded by other producers, 12 percent by public service broadcasters, ten percent by pre-sales through global distributors and six percent by the exhibiting companies.

The funding landscape for the German film industry covers a broad spectrum of programmes on the federal state, national and EU levels. In 2013, the German film industry was supported by 350 million euros of funding through the Federal Film Board (FFA), the Federal Government Commissioner for Culture and the Media (BKM), and support bodies on the federal state level. At present, solely through the German Federal Film Fund (DFFF), the Federal Government provides 60 million euros annually for international co-produced film productions. In contrast to the European market, the American film industry finances its productions almost exclusively through box office returns and Video on Demand.

According to the Federal Film Board (FFA), 2013 closed with a record result for Germany’s home entertainment market. In total, the branch achieved a turnover of 1.75 billion euros in sales and distribution – 50 million euros up on the year before. This growth was especially evident in the sales market, up by three percent to 1.4 billion euros, and with a four percent rise in hire market sales to 312 million euros. The record turnover of DVD, Blu-ray and digital sales can be attributed to increased demand for physical products. Digital turnover from the distribution and sales of cinematic content rose by 25 percent to 154 million euros overall. The share of digital content in the total market sales of 1.7 billion euros has now risen to nine percent. In digital rental sales turnover has grown to 102 million euros, accounting for one third of the rental market sales.

In comparison to other regions, Berlin is well positioned in the film sector on the production side as well as through its pool of creative talent in acting, directing, and screenplay writing, and its density of cinemas. The distribution side has also been strength ened by such companies as the Studiocanal Group and major Video on Demand services locating to Berlin.

Thanks to its robust production infrastructure and funding conditions, it is hardly surprising that Berlin, with around 1,900 companies and 10,600 people working in the sector, heads the rankings of Germany’s film locations. The trend towards a further concentration of film businesses in the Berlin-Brandenburg capital region looks set to continue. Since 2009, the number of enterprises in all business sectors of the film industry has grown by over eight percent – in particular in distribution and post-production / film technologies, but also in the area of freelance creative workers in film. Berlin is the location of choice for the headquarters of over 16 percent of film sector companies in Germany; it is also home to the main offices of more than 36 percent of Germany’s production companies and around 22 percent of the businesses in post-production / film technologies.

In 2012, the Berlin film industry recorded a total turnover of approximately 803 million euros, a slight decrease over 2009. These figures, though, also showed areas of growth, in particular in post-production / film technologies and freelance cinematic artists. Berlin’s film industry provides more than 10,600 jobs. Bench – marked on 2009 figures, the number of film sector employees has fallen by around six percent. At present, Berlin has the highest concentration of jobs in certain occupations in Germany. For example, the city has the highest proportion of camera operators in relation to all those employed in Germany, as well as the
highest percentage of stage, image and sound technicians. These figures are significantly higher than in regions such as Cologne-Düsseldorf, Hamburg and Munich.

In terms of monthly net income, the earnings of camera operators in Berlin (1,400 euros) as well as stage, image and sound technicians (1,600 euros) are comparable with the national average in these areas, although they are slightly below those in Hamburg and Munich. A survey of producers also awarded Berlin the top ranking of 1.6 for cities across Germany for its excellent key location factors (qualified personnel / production infrastructure / infrastructure / rents – personnel costs / cost of living).

In terms of the number of production companies, Berlin is the lead ing production location in Germany. Moreover, the city is also home to a large number of independent producers. The long list of film production companies located here includes, for example, SENATOR ENTERTAINMENT AG, X FILME CREATIVE POOL, NFP and BAREFOOT FILM. As the location of the headquarters of the UFA / RTL GROUP, Berlin is home to Germany’s largest company producing media content. In addition to such major distributors as SONY PICTURES, STUDIOCANAL, X-VERLEIH, and SENATOR FILM VERLEIH, there are a wealth of smaller distributors including NEUE VISIONEN, SALZGEBER, FARBFILM and PIFFL, which focus primarily on art house film. The second use of films via digital services is constantly growing, and with WATCHEVER, MOVIEPILOT and REALEZY a diversity of these platforms are already located in Berlin.

With modern studios in Adlershof, Tempelhof, the Mediaspree development as well as Babelsberg, the region’s studio landscape more than meets the standards for film production today. The numerous young and ambitious visual effects (VFX) providers form a strongly emerging new sector. Thanks to their outstanding expertise in special effects, animation and 3D, they are already working on many international productions. With the Medienboard Berlin-Brandenburg based here, Berlin is also home to the second largest regional film funding agency in Germany. Every year, the Medien-board provides around 30 million euros for screenplay and project development, production and distribution as well as for location marketing activities. Furthermore, German federal state investment banks and banks providing loan guarantee services support the film sector with loan schemes, including bridging loan finance for commissioned productions, and loan guarantees.

The Berlin-Brandenburg region has also gained an international profile in the fi lm sector through numerous major productions such as, most recently, George Clooney’s »The Monuments Men« or Wes Anderson’s »Grand Budapest Hotel«, and is becoming increasingly popular not only as a location for film companies, but also as a shooting location. This development is refl ected in the statistics for the number of shooting days: while there were just 1,100 shooting days in 2008, the figure for 2013 has already exceeded 2,500. Every year, over 300 national and international productions are shot in the Berlin-Brandenburg capital region.

Berlin is Germany’s cinema capital, distinguished by its richly diverse landscape of cinemas and balanced mix of movie theatres dedicated to mainstream and art house film. With an ambitious series of pro¬grammes, festivals and events, the cinema scene in Berlin plays a main role in strengthening the city‘s appeal. At the same time, since the cinemas are a location where cultural content is disseminated, they also make an important contribution to media education. In 2013, Berlin had over 90 cinemas with 261 screens, with audience figures of over nine million.

For the international film branch, the BERLIN INTERNATIONAL FILM FESTIVAL is a »must-do« event. In 2014, the Berlinale, as the festival is known, attracted an audience of over 20,000 film professionals. During the ten days of the festival, more than 300,000 cinema tickets were sold. In the context of the growing EUROPEAN FILM MARKET, rather than just being a film festival, the Berlinale offers an established market place for film industry visitors from around the world.

The proximity to policymakers in Germany’s capital has also attracted nearly all film industry associations and networks to locate their main offices in Berlin, including the German Producers Alliance – Film & Television, the Hauptverband Deutscher Filmtheater representing cinema owners, the Association of Film Distributors (VdF), and AG KINO as well as the European Film Academy and the German Film Academy.