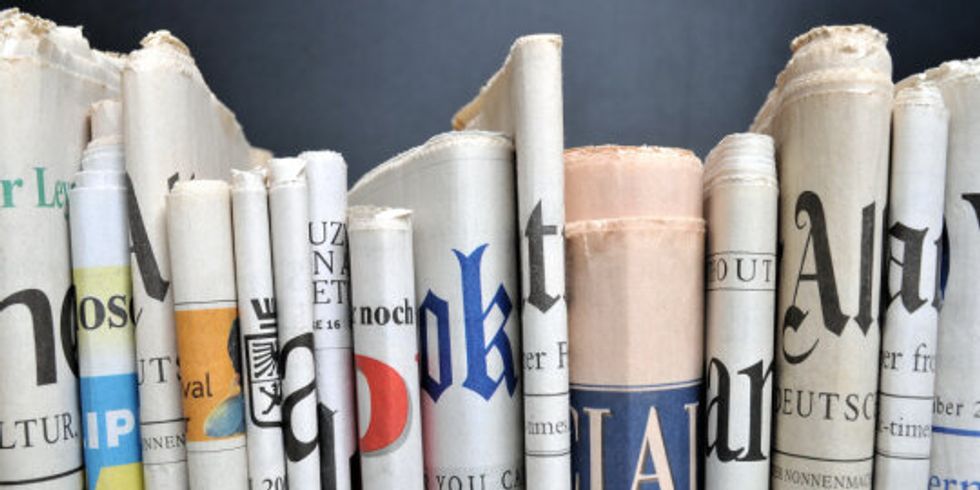 Books are economic commodities as well as cultural goods. Authors influence intellectual discourse, while literary institutions are centres of intellectual exhange and debate. In 2012, 91,000 titles were published in Germany — slightly less than in the previous year, but still a significant figure. The number of translations into German is continually growing, with 11,500 new publications issued in 2012. At the latest, since Amazon launched its first Kindle device, publishers have started to look intensively at digitisation and develop new business models and forms of distribution. As a result, the spectrum of products has widened, and new commu¬nication and marketing structures developed via social media. It remains an incentive to create a counterweight to the global market leaders Amazon and Apple.

Many publishing houses no longer assume the printed book is their primary format. Instead, they regard their product as content accessible through a range of channels. According to BITKOM the Federal Association for Information Technology, Tele-communications and New Media, over 12.3 million e-books and approximately 800,000 e-readers were sold in Germany in 2012. This represents a growth of around 250 percent over 2011. Self-publishing has now become firmly established as part of the book market, and presently generates a sales volume of around seven million euros a year. Despite initial success stories, the German Publishers and Booksellers Association (Börsenvereins des Deutschen Buchhandels) regards the initial euphoria in this area as now largely evaporated.

The total number of companies on Berlin’s book market grew con-tinuously from 2009 to 2012 to reach around 1,800, an increase of 20 percent. During this period, sales rose by 26 percent. In contrast, the number of jobs in this sector fell from 2009 to 2013 by three percent to approximately 8,700.

Although around 11 percent of national German book market com-panies have their main offices in Berlin, the city only generates six percent of turnover in this market. For publishing houses, the cor-responding figures are eight percent of the companies and four per-cent of the turnover. These statistics clearly reflect the tendency on Berlin’s book market towards smaller independent publishers, especially in the area of belleslettres. Nonetheless, the book market is exceptionally important for Berlin. The major book fairs in Germany may be held in Frankfurt and Leipzig, yet Berlin leads the national rankings for the location with the largest number of resident authors, publishing houses and booksellers.

Berlin’s book market has a chequered history, as is only too evident from a review of past developments. After the Second World War, the publishing industry was largely decentralised, and primarily organised in West Germany.

With the student movement in the late 1960s, Berlin’s publishing landscape gained a new impetus as a centre for small publishing houses, mostly dedicated to politics and political issues. After the Fall of the Wall, the publishing landscape became increasingly diverse and varied. In the 1990s, Berlin not only saw the start of an on-going growth in both German and international companies moving here, but also the first wave of newly-founded publishing houses spearheaded by such names as CH. LINKS, AVIVA or SCHWARZKOPF & SCHWARZKOPF. The second wave followed at the start of the 2000s and included, for example, presses such as the VERBRECHER VERLAG, KOOKBOOKS and BEREN¬BERG. In addition, all major publishing houses have opened an office in Berlin. In 2004, the ULLSTEIN VERLAGSGRUPPE publishing group moved back into its Berlin company headquarters, while in 2009 the SUHRKAMP VERLAG moved its headquarters from Frankfurt / Main to Berlin. Finally, in 2012 the Munich-based HANSER VERLAG and the Austrian UEBERREUTER publish ing houses opened offices here. In the meantime, around 9,000 first editions are published in Berlin, representing over ten percent of all new publications across Germany.

As a result of this process, Berlin not only heads the publishing rankings in Germany, but is also making its mark internationally. Above all, specialist science publishing houses such as Springer Science + Business Media and the traditional Berlin press de Gruyter enjoy a global reputation. In addition, with Berlin home to the Staatsbibliothek (Berlin State Library — Prussian Cultural Heritage), the city boasts one the largest academic research libraries in the world. The Central and Regional Library Berlin (ZLB) is Germany’s largest public library; its holdings are divided into two branches, the Amerika-Gedenkbibliothek in Kreuzberg and the Berliner Stadtbibliothek in Mitte. Together with around 80 local public libraries, the ZLB guarantees access to information for all those living in Berlin. E-books and e-papers are also conveniently accessible via the digital services (VÖBB 24) provided by the Association of Public Libraries in Berlin (VÖBB).

Berlin is gaining in importance for the book market as a laboratory of digitisation. This process also generates synergies, for example, through the e-book sector intersecting with the music, film and games industry at a variety of points. The networks launched over the recent years by the Senate Department for Economics, Technology and Research, the German Publishers and Booksellers Association, the Chamber of Industry and Commerce (IHK), BITKOM and others promote cooperation between the different sectors of the creative industries.

As a leading congress centre for digitisation, Berlin also offers suitable spaces for debate and exchange. For example, the Berlin publish ing sector organises the E:PUBLISH CONGRESS for inno¬vative forms of publishing, a key event for the book market. The city is also home to the Publishers’ Forum, AKEP DAY as part of the BUCHTAGE BERLIN (Berlin Book Days), and the APE CONFE-RENCE on academic publishing in Europe. In addition, numerous online literature and cultural platforms and portals are based in Berlin, including PERLENTAUCHER.DE, LITERATURPORT.DE and LYRIKLINE.ORG.

Despite the shift to digitisation and in contrast to the downward trend recorded across Germany in the stationary selections of goods, the Berlin book market is also characterised by the emergence of new business in the classic analogue book trade. From 2010 to 2013, 25 bookseller’s shops opened in Berlin, including such stores as OCELOT in Mitte or USLAR & RAI in Prenzlauer Berg, both of which have attracted considerable attention in the book trade. These are supplemented by over fifty antiquarian booksell¬ers which similarly deal with a broad range of specialised topics. The appeal of Berlin’s book trade landscape is rooted in the co-existence of a diverse and varied product mix which, in terms of the breadth of topics covered, is unique throughout Germany. There is hardly any field of interest worth mentioning not served by a specialist bookshop in Berlin.

As a local amenity, bookshops forge cultural networks in their own neighbourhoods, playing a role in cultural life there either by hold ing their own events or cooperating with other local institutions, such as libraries. The density of bookshops in Berlin offers publishing houses the chance to network with the book trade and use the stationary retail book trade as a showcase for their products. However, this picture looks very different in other German cities where their centres are not only witnessing the gradual demise of small independent bookshops, but the closure of branches of large bookstore chains as well.

Berlin is Germany’s capital city of writers. Even today, the wave of young authors moving to Berlin after the Fall of the Wall shows no signs of abating. The available reliable sources suggest that over ten percent of all authors living in Germany have chosen Berlin as their main place of residence. With its many universities, libraries, literary festivals and institutions, and the diversity of its wri¬ting scene, Berlin is an intellectual centre significantly influencing aesthetic discourse and contemporary topics far beyond the borders of Germany. It is especially striking how often Berlin writers have been awarded such prestigious prizes as the INGEBORG BACHMANN PRIZE, the GEORG BÜCHNER PRIZE, the BREMEN LITE¬RATURE PRIZE or the OPEN MIKE PRIZE, further underlining the widespread agreement on the quality of the city’s literary scene.

Berlin is also a centre for literary agents in Germany. Today, after the GRAF & GRAF agency was founded in 1995, a large number of literary agents have offices in the city. The Senate Chancellery—Cultural Affairs offers PROJECT FUNDING and STIPENDS FOR ARTISTS WORKING AND LIVING IN THE CITY as well as INSTITUTIONAL FUNDING for the LITERARY COLLOQUIUM to give structural support to the literary scene. Since the Fall of the Wall, the cultu¬ral affairs department has actively fostered the expansion of the inf¬rastructure promot ing Berlin’s literary institutions. Through their readings, exhibitions, panel discussions, colloquia and festivals, funding for residency scholarships and the creation of networks, these institutions give new impulses to the city’s literary life and offer writers and authors places to meet and present their works.

At the same time, the public funding of LESART – THE BERLIN CEN¬TRE FOR CHILDREN’S AND YOUTH LITERATURE—or Berlin’s annual FAIRY TALE FESTIVAL supports the dissemination of literature

The Literaturhaus Berlin in Charlottenburg, as the model for all German-language houses of literature, presents a wealth of events appealing to a broad audience and, in this way, has an impact far beyond the city itself. The Literarische Colloquium Berlin (LCB) is housed in an impressive mansion on the shores of the Wannsee lake. Recently thoroughly refurbished, the mansion provides a forum for events, a guesthouse, a workshop, and a crucible forg ing the skills of talented authors and translators with an international reputation. The literaturWERKstatt berlin, housed in the Kulturbrauerei arts centre in Prenzlauer Berg, not only offers a wealth of evening events, but also organises the annual contemporary poetry festival POESIEFESTIVAL BERLIN, the ZEBRA POETRY FILM AWARD and the OPEN MIKE, the leading literary competition for young German-speaking writers of prose and poetry. The other key venues for literature lovers include the Literaturforum im Brecht-Haus, LesArt — the Berlin Centre for Children’s and Youth Literature, the Akademie der Künste, the Buchhändlerkeller, the Lettrétage House of Literature, the Haus der Kulturen der Welt arts centre, the DAAD, foreign cultural institutes and embassies, libraries and innumerable temporary literary salons and reading stages in pubs, cafés and book shops.

In addition to a wide range of local Book Day events and the LONG NIGHT OF LIBRARIES, Berlin’s literary landscape includes the POE-SIEFESTIVAL BERLIN annual contemporary poetry festival in June and the INTERNATIONALES LITERATURFESTIVAL BERLIN in September, both with ambitious programmes attracting many authors from around the world. In 2013, with the support of the cultural affairs department, the internationales literaturfestival berlin dedicated one day specifically to the city’s comic and graphic novel scene, which is now to be included in funding measures. The round of Berlin’s annual literary festivals concludes in November with STADT LAND BUCH, a one-week reading marathon with over 130 events in the Berlin-Brandenburg capital region. Over the last years, a series of newer festivals have also become established, such as the DILDILE LITERATURFESTIVAL which showcases contemporary Turkish literature, the KOOKBOOKS event programme, which includes KOOK TEXTTONLABEL, and the ZEITKUNSTFESTIVAL for contemporary music and literature. With such a varied landscape, Berlin offers authors and publishing houses a unique stage for presenting their works.