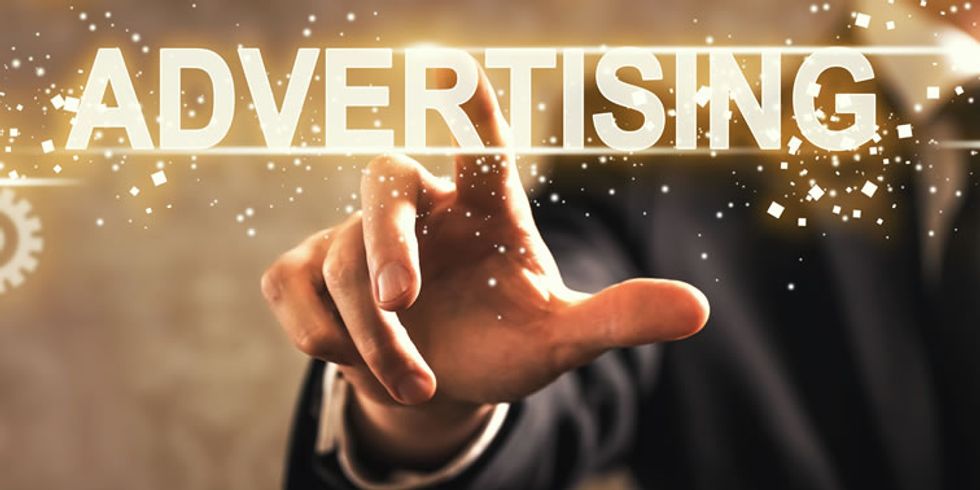 The advertising industry is distinguished by its strong dependency on consumption patterns in private households which, in turn, reflect the general economic situation. In an economic downturn companies scale back on marketing, cutting the agencies’ advertising budgets. For example, in the year following the last global financial and economic crisis, gross investment in advertising fell by six percent. Gross investment in advertising increases with a growing economy, increasingly diversified communication channels and the launch of innovative products and services.

At present, the advertising market is experiencing a structural shift in advertising expenditure from the classic advertising channels to digital media. Companies are increasingly interested in exploiting online advertising (including banner ads on web pages, targeted display advertising, viral and mobile marketing). Experts at PricewaterhouseCoopers anticipate advertising volume growing on average by over three percent per year until 2015, with the spend on online advertising rising from 24 percent to 33 percent in the period from 2010 to 2015.

Television advertising expenditure has remained comparatively stable, while outdoor and poster advertising is returning single digit growth. In contrast, advertising revenues in print media have slumped by over 60 percent. Over the last years in Germany, the advertising landscape has not only seen the emergence of full service advertising agencies offering the entire spectrum of services from corporate design to TV, print and online advertising, but also many agencies effectively specialised in online media.

From 2009 to 2012, the number of advertising companies in Berlin fell by around five percent. Nonetheless, the robust increase in turnover since 2009 (+ 24 percent) spells good news for Berlin’s advertising industry. In addition, despite the slight decrease in the number of total companies, the employment figures in this sector rose by four percent.

The increase of jobs in advertising is also confirmed by DIW Berlin, as is evident from the analysis presented in Chapter 5. In 2011, the figures for advertising professionals and graphic designers in Berlin already exceeded those for Munich or Cologne-Düsseldorf, and were considerably above the nationwide percentage of advertising professionals of all those employed. In Berlin, advertising specialists and graphic designers belong to those groups of employed persons whose earnings have risen significantly.

Since Berlin regained its status as Germany’s capital, it has become increasingly popular as a location for advertising and communication agencies. This development has gone hand-in-hand with dynamic growth in the creative industries and the city attracting a high concentration of political organs, associations, and organisations. Berlin is a laboratory for and an indicator of how people live today, and how they want to live across Germany tomorrow. The city is home to numerous owner-managed agencies, such as MEDIA CONSULTA and SCHOLZ & FRIENDS. Many top ranked agencies in terms of sales have branch offices in Berlin. Since for statistical purposes companies and turnover are only recorded in the region where the businesses have their main offices, the data here does not fully reflect the reality in this sector.

After the Fall of the Wall, Berlin became the federal capital of Germany. Since then, a growing number of agencies for polit¬cal communication have set up their offices here. Berlin is not merely home to such potential clients for this sector as government authorities, embassies, and many other political institutions, but also to nearly all the major PR agencies including, for example, HILL & KNOWLTON and JOHANSSEN & KRETSCHMER.

The German Advertising Federation (ZAW) has called Berlin »the heart of online advertising in Germany«. As a business location, Berlin accounts for around 1.5 billion of the 30 billion euros invest ed nationally in online advertising, with such agencies as APERTO, POPULIS MEDIA, VOLKMER or TLGG serving the online media segment. The agency landscape in this business sector has also been expanded by a series of start-ups in the city, for example, the platform MADVERTISE which specialises in mobile advertising.

In the meantime, management consultants have also discovered brand and marketing strategies as a field for their expertise. In response, evermore advertising agencies offer strategy consulting for businesses. Here, for example, the HIRSCHEN GROUP has founded the company IDEERS CONSULTING as a joint venture with the Institute of Electronic Business (IEB) to provide consultancy services in digital media. DDB TRIBAL, OGILVY and WIEDEN+KENNEDY also offer similar services.

Although Berlin is not yet Germany’s top location for advertising in economic terms, it certainly heads the rankings for the most stimulating climate of creativity and an agency landscape which boasts innumerable prizes and awards in all national and interna-tional competitions. The prize-winning agencies based here which regularly feature in the awards include HEIMAT, SCHOLZ & FRIENDS, SERVICEPLAN, JUNG VON MATT, DDB TRIBAL, KIRCHER BURKHARD
and many more.

Berlin provides a pool of talent for the advertising industry. The city has four universities, seven universities of science, and 23 accredited private university-level colleges which all offer courses relevant for a career in advertising. For example, the programme at Berlin’s Freie Universität includes an M. A. in Media and Political Communication, while the Miami Ad School provides courses for ad writers, art directors and graphic designers. The Media Design Hochschule, which offers a range of programmes leading to a Bachelor’s or Master’s degree, also trains media designers. Every year, over 1,500 students complete their degree courses in the field of communication at private or state higher education institutions in Berlin.

According to a survey conducted by the Design Akademie Berlin, only approximately half of these new graduates hope to find a permanent job in an agency. The appeal of being self-employed is not just a question of potentially better earnings in the long run, but also more freedom to determine one’s own life and a better work-life balance. As the data shows, the advertising industry has above-average levels of self-employed people. In 2013, for instance, approximately 58 percent of all those working in the advertising sector were freelance, 37 percent were in employment subject to social insurance contributions and around five percent were in minor employment.