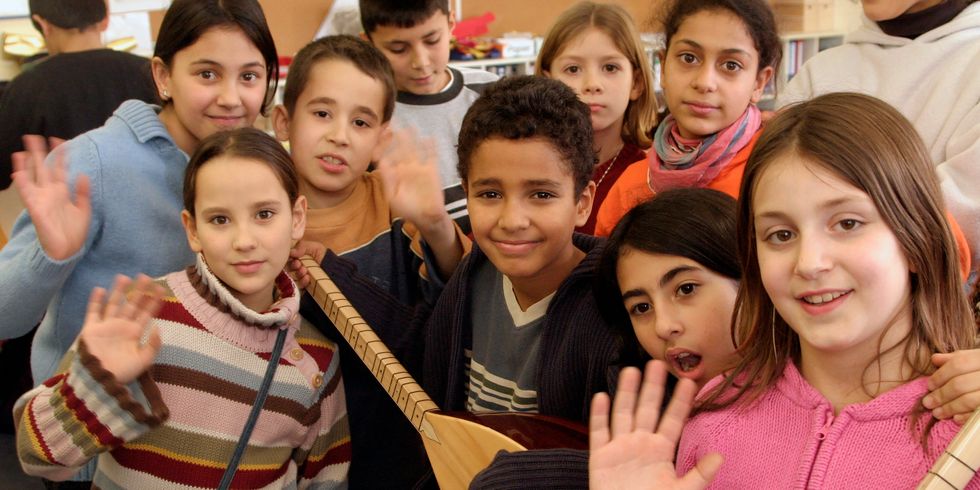 The Berlin schools and youth welfare institutions maintain many projects and partnerships with other schools in other European countries and actively use the EU education programme Erasmus+. In addition, the Berlin educational and youth institutions take part in various competitions, exchange opportunities, international encounters and many other initiatives. All of this shows that Europe is already part of everyday life in Berlin’s educational landscape. 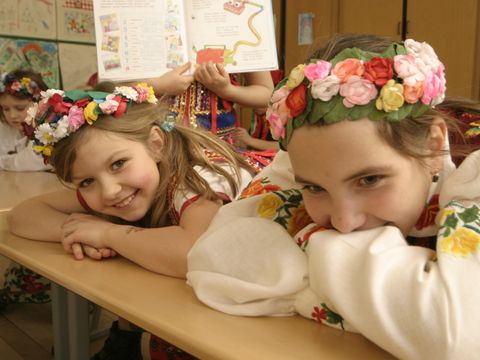 Teaching in the mother tongue and partner language

Bilingual lessons right from the beginning – a unique model in Germany! The aim of the State Europe School Berlin (SESB) is an integrated education of bilingual learning groups with consistently bilingual instruction. Every bilingual language combination at an SESB location treats the respective first languages equally. Acquiring the partner language involves social experiences and cultural activities. The children get an insight into the cultures of the respective partner language. With their first language, all children retain their cultural and national identity.

A school for everyone

The Public Europe School Berlin is a special offering of Berlin schools. It is an educational policy response to a Europe that is growing together. The concept of this Berlin educational institution is unique in the Federal Republic of Germany. It is not an elite institution for particularly gifted children or the children of diplomats. Equal access to the Europe School Berlin is characteristic: deliberately no school fees are charged. If the demand is greater than the supply, the decision is made by lot and not the parents’ wallet or their influence.

The SESB is a school with a special pedagogical character and is open to all children whose parents want to place the focus of their child’s education on learning two equal instructional languages. In 1992 the SESB started with 160 pupils in six primary schools with three different language combinations: German-English, German-French and German-Russian. Today exist 33 school locations with a total of nine language combinations.

This cross-cultural and language-intensive school model is available in nine language combinations. Taught by teachers who are native speakers, the model leads to bilingual qualifications after the 10th, 12th or 13th year: 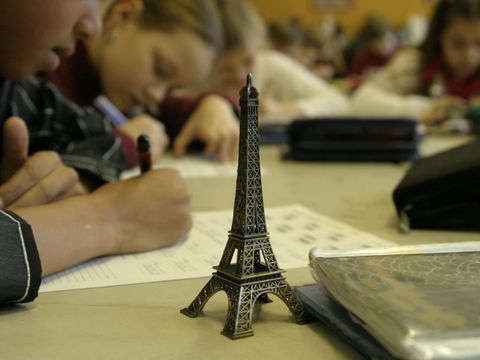 In the Dates section you will find events and information on offerings relating to Europe.
Regular offers for students are listed here.

Events and projects for schools

2020: second half of the year (date to be announced)
On this day, politicians from European institutions across the country come to schools for several hours in order to stimulate young people’s interest in the European Union through discussions and to strengthen understanding for the importance of European integration. The specific organisation of this day is the responsibility of the schools. Further information and materials on the EU project day in schools.

The annual school newspaper competition is organised by the Senate Department for Education, Youth and Family in partnership with Berliner Morgenpost and Junge Presse Berlin eV.

Europe comes to school - bringing Europe into the classroom

Students visiting from other EU countries act as “ambassadors” and present their respective cultures in class. This programme can serve to bring Europe into the classroom in a lively, up-close and authentic manner and to enable an active European encounter for students of all grades and school types.

It is suitable for a wide range of uses such as integration in specialised or project instruction as well as in extra-curricular activities, such as all-day school offerings or as an introduction to or deepening of the Erasmus+ programme in schools or other forms of international school partnerships. Europe comes to school is a collaboration between the German Academic Exchange Service (DAAD) and the Conference of Ministers of Education and Cultural Affairs (KMK) and is supported by the Federal Ministry of Education and Research.

Europe quiz of the Federal Agency for Civic Education

Which country is the largest net contributor to the EU? Is there a connection between education and unemployment? And how many EU citizens believe in God? Test knowledge in various subject areas, such as population, finances, energy or external relations.

A web-based project with online activities and presentations of didactic examples for primary and secondary schools that aims to support teachers in bringing young people closer to European citizenship. The network currently consists of more than 7,000 schools.

The Simulation European Parliament (SIMEP) was launched in 1999 by the Young European Movement (JEB) and has been organised every year with great success since then. The SIMEP takes place two times a year. The simulation game offers a total of over 400 interested students the unique opportunity to experience European politics and parliamentary processes up close in practice. The 2019 dates took place in January and February.

youthreporter.de is an Internet offering from YOUTH IN ACTION for Europe. Young people can share their experiences with Europe here. Anyone can become a youth reporter – provided they have gotten a whiff of European air.

Your opinion counts! Participate in current debates on European issues, take the opportunity to exchange ideas with each other and with employees of European institutions.

The "France Mobile" in schools

The France Mobiles are small French cultural institutes on wheels. French lecturers visit schools of all types in the colourfully decaled vehicles. In playfully designed lessons, they introduce German students to French language and culture in the form of skits, theatre and language groups, and songs and games.

The Schwarzkopf Foundation offers so-called “EU compact courses” for schools. The four-hour course provides young people with a basic knowledge about the European Union. The starting point of the EU compact courses are the students’ questions: “Why was the EU founded?”, “Who makes EU laws?”, “What options do I have to get involved in the EU?”

Workshop modules on the topics of dealing with stereotypes and prejudices, discrimination, intercultural encounters and flight. Depending on the target group and time, the workshops can be customised using the modular principle.