Almost 70 percent of the district of Köpenick are made up forest and water areas. In many places, the hustle and bustle of the urban center of Berlin seems far away. Here, life moves at a more tranquil pace. Those looking for a more lively atmosphere will find it in the enchanting old town. Köpenick Palace, the old city hall, various cultural and leisure activities as well as a large number of restaurants make this part of the district worth a visit for tourists as well as locals.

Köpenick is a place of superlatives: as the largest district of Berlin, it is also the least populated. Köpenick is home to the largest forest in Berlin (Köpenick forest), the largest lake (Müggelsee), and the highest point of elevation of the capital (Müggelberge).

The famous impostor story of the "Captain of Köpenick" made the district well-known beyond city limits. The tale is re-enacted regularly as a street theater play by the Hauptmanngarde. Water sports also have a long-standing tradition in Köpenick. Thanks to its various merging bodies of water, you can spend hours exploring by boat, raft or canoe without ever leaving the district. 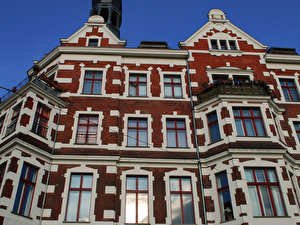 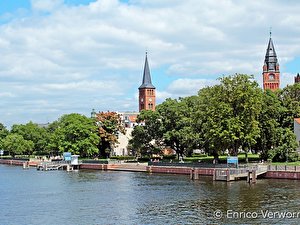 Köpenick occupies an island position, embedded between forest and water. The enchanting old town with its many restaurants, Köpenick Palace, and the old town hall attracts tourists and locals. more 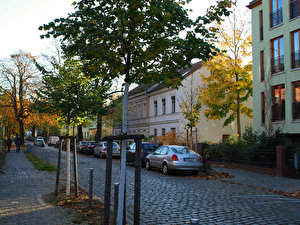 In the former villa district of Friedrichshagen on the northern shore of lake Müggelsee, many artists live in stately old homes, but new buildings also have their place. more 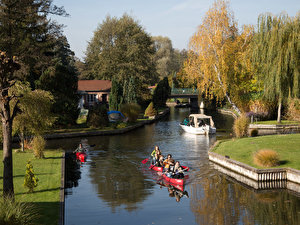 A former fishing village, today Rahnsdorf mainly consists of villas and single-family homes. The area around the shore of lake Müggelsee is popular with tourists. more 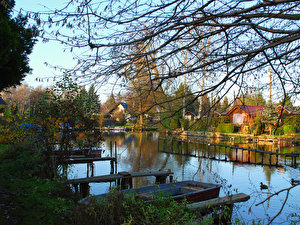 Müggelheim is located on southeastern outskirts of Berlin, isolated by forest and water. Here you will find an almost village-like flair. more Schmöckwitz in the far southeast of Berlin is surrounded by water and forest, making it a popular recreational destination. more Grünau is characterised by its idyllic location on the banks of the river Dahme. Once a popular recreational destination and then an exclusive residential suburb, the district's popularity with renters is steadily increasing. more 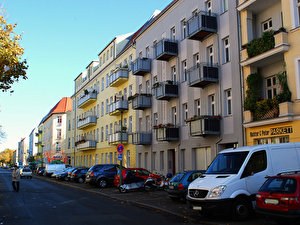 Formerly a center of the electrical industry, Oberschöneweide now attracts many students thanks to the HTW university campus. As a cultural location and affordable place to live, the neighborhood between the river Spree, Rummelsburg harbour and Wuhlheide forest is in high demand. more