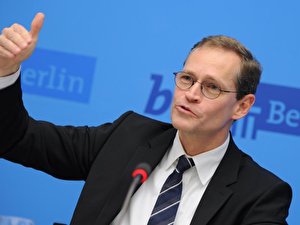 Michael Müller is the city’s mayor and the federal state’s premier. The Senate Chancellery is his administrative team. more 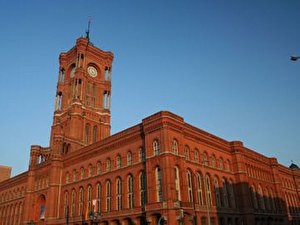 The constitution of Berlin provides general rules on people's rights, the government, legislation, and the administration. more 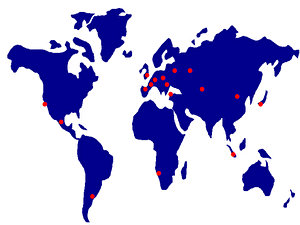 Berlin maintains partnerships with 17 cities and cooperates on projects with many other cities around the world, such as Copenhagen, Helsinki, Johannesburg, Shanghai, Seoul, Sofia, Sydney, and Vienna. more

Berlin’s cultural affairs department is responsible for museums, libraries, archives, memorials, theaters, orchestras, and choirs, as well as for funding for artists living in Berlin. more

Berlin has ambitious goals for environmental protection. Thanks to the Senate's goal-oriented energy and climate protection policies, Berlin should be climate-neutral by 2050. more

New in Berlin? If you’ve just moved to Berlin, this is the information package you need. In this brochure you will find information on housing, working, child care, and more. Get your free PDF download here. more

Entry and residence – the Foreigners’ Registration Office is the authority serving immigrants. more

The History of Berlin

From the city's founding to the divided city up until today – trace the eventful history of the city of Berlin. more

The Berlin Wall has long since disappeared from reunified Berlin. Memories of the Wall, however, are still very much alive. These pages are intended as a guide to exploring the former course of the Wall. more