Information about Schönefeld Airport Berlin including a map, public transport, arrivals and departures.

The Berlin Schönefeld Airport is located on the southern outskirts of Berlin. Many holiday airlines and low-cost-airlines fly to Schönefeld. The new Berlin Brandenburg Airport Willy Brandt BER is being built nearby.

Airport Express Train from and to Schönefeld:

Between 4.30 a.m. and 11 p.m. the regional trains RE7 and RB14 called "Airport Express", travel in 30 minute intervals between Schönefeld Airport and Berlin-Charlottenburg with stops at Ostbahnhof, Alexanderplatz, Berlin Central Station and Berlin-Zoo. It takes about 15 minutes to get to Ostbahnhof with the Airport Express and 30 minutes to get to Berlin Central Station. Note: Schönefeld Airport is located in fare zone C. To get to the city centre an ABC ticket is required. 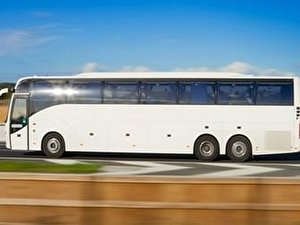 You need a van or bus for airport transfer or private tours in Berlin or to Potsdam? Simply hire a bus or van for several hours or days! more

The S-Bahn line S45 runs between the train station Airport Schönefeld and Station Südkreuz. Berlin-Südkreuz has direct links to the S-Bahn (Ringbahn / Circle Line) and to other public transport towards the city centre. The journey between Airport Schönefeld and Station Südkreuz takes about 30 minutes. In addition to the train travel time travellers should plan on a walk of five to ten minutes between the airport terminals and the train station Berlin-Schönefeld.

Passengers landing at Schönefeld Airport but need to get a connecting flight from Tegel Airport best take the trains of the Airport Express, RE7 and RE14 to Berlin Main Station. From there the TXL Express Bus travels directly to the terminals of Tegel Airport. The journey takes about one hour and 20 minutes. Because Schönefeld Airport is located in tariff zone C, travellers need an ABC-ticket.

A taxi ride from Schönefeld Airport to Tegel Airport costs about 55 Euros.

Several car rental companies have branches at the Airport located in the pavilion in front of Terminal A.

Parking spaces at Schönefeld Airport are available around the airport building and in the car park. More information is available on the Berlin Airports website:

Passengers and visitors at Schönefeld Airport have a 60 minutes free WiFi access to the Internet. The network is a Deutsche Telekom based hotspot. To use the service, users must first activate Wi-Fi reception on their mobile device and then select the network "Free Airport WiFi Telekom". 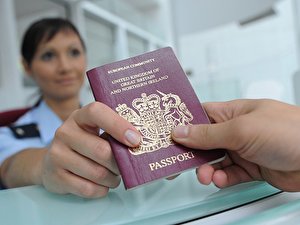 Visa, Visa fees and Entry Requirements for a trip to Berlin in Germany. more