Information about Station Berlin Spandau including connections to public transport and to the airport. The train station Berlin Spandau is located in the western outskirts of Berlin in the Spandau district. The station is served by long-distance and regional trains and directly connected to the Berlin subway and S-Bahn. A journey from here to the city center by public transport takes about 30 minutes.

There are two customer service centers of the Deutsche Bahn located inside Berlin Spandau station.

The DB Information Point at Spandau Station is the central point of contact for information about your rail journey and a meeting place for travelers and station visitors. Here you can get answers about train and public transport connections and the city of Berlin.

The DB Travel Center is located in the main hall of Spandau Station. Here, you can buy national and international train tickets, seasonal tickets and monthly subscriptions, as well as offers related to the BahnCard loyalty program. The staff can assist you with information on departures, ticket fares and tariffs, and supplementary services for your rail journey.

Station Spandau provides lockers to store your luggage and personal belongings. More lockers and luggage storage facilities can be found in several places in the city center of Berlin.

The Deutsche Bahn offers free WiFi service at Station Berlin Spandau. Users have to switch on their mobile device and then select the network "Telekom".

Station Berlin Spandau on the map 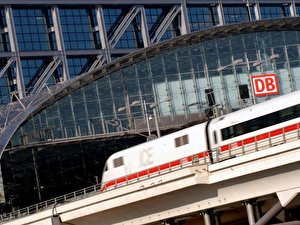