The Berlin transport company BVG operates a number of public bus lines serving Berlin's urban center and suburban areas. The buses often cover routes that are not covered by other means of public transportation. A special feature of Berlin's public transport are the double-decker buses, whose upper decks offer a great view of the city.

During the daytime, the bus lines 100 to 399 connect the suburbs with central Berlin and many S-Bahn and subway stations.

The MetroBus network in Berlin includes a number of express buses that serve the most important stops of Berlin's urban center. You can recognize these express bus lines by the letter M. The MetroBus lines M11 to M85 run 24 hours a day, seven days a week, in ten-minute intervals.

Night bus lines are marked with the letter N and operate all night. The lines N1 to N9 replace the subway lines U1 to U9 at night from Monday till Friday. The night buses N10 to N97 replace the most important daytime bus lines. 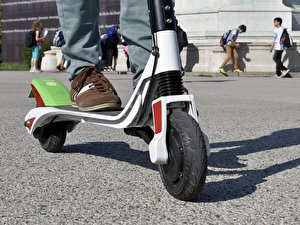 Berlin has a number of modern and convenient transport options that will let you navigate the city with ease. more