Lichtenberg has a lot of charm, but it is mostly hidden behind concrete buildings and socialist architecture. The first large prefabricated housing estate of East Berlin was built here in the 1970s in the Fennpfuhl neighborhood. This housing estate was considered an "exercise" for the later construction of the concrete housing estates in Marzahn and Hohenschönhausen. The district's many prefabricated apartment buildings are embedded in a lot of nature. In between them, an architectural hodgepodge of old buildings and single-family homes is revealed.

Meanwhile, the Karlshorst neighborhood with its many villas is considered one of the most attractive residential areas in the east of Berlin. Karlshorst is also home to the Karlshorst horse race track. The adjacent Friedrichsfelde houses Berlin's second zoological garden, the Tierpark Berlin, which is the largest of its kind in Europe. Also worth seeing is the Stasi Research and Memorial Site on Normannenstraße, which once housed the official state security service of East Germany.

The larger district of Lichtenberg is divided into the districts Lichtenberg, Fennpfuhl, Karlshorst, Friedrichsfelde, and Rummelsburg. 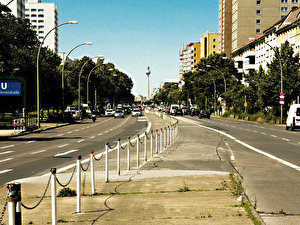 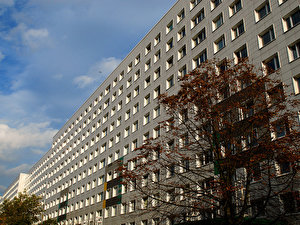 The district of Lichtenberg is characterized by an architectural hodgepodge: a concrete high-rise next to an old 1920s building and a detached house is not unusual here. more 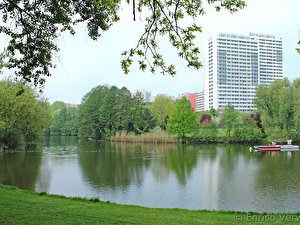 Fennpfuhl is the location of the first large prefabricated housing estate of the former East Berlin. It served as a prototype for the later constructions in Marzahn and Hohenschönhausen. However, Fennpfuhl also has many parks and green spaces. more 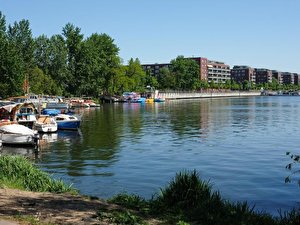 Houses from the Wilhelminian period and industrial development determined the district of Rummelsburg for a long time. Today, the neighborhood features many new luxury residential buildings. more 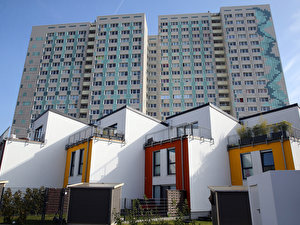 Friedrichsfelde is known for the zoo as well as for its many prefabricated high-rise buildings, most of which have been renovated. The old village center is still visible in some parts. more 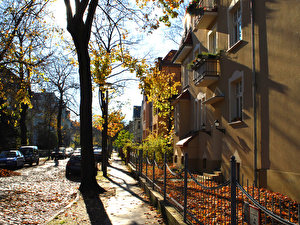 Because of its beautiful villas, Berlin-Karlshorst was once called the "Dahlem of the East". Today, many new residents flock to the area and many new building projects are under way. more 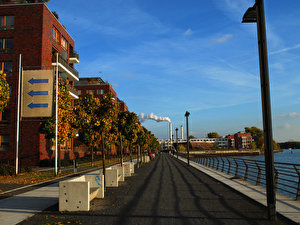