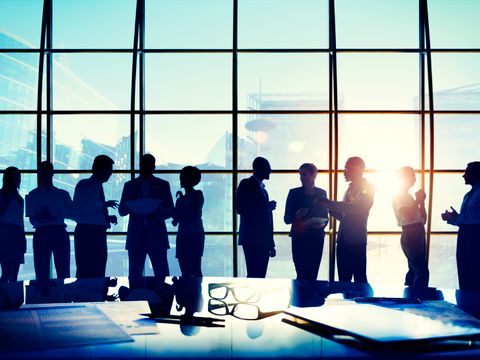 Headed by the Chief of Protocol, Carolin von Buddenbrock, Directorate II is composed of Divisions II A (Protocol) and II B (International Relations) and their teams, who oversee and coordinate Berlin’s international relations.

Protocol – Division II A – is responsible for organizing international visits, hosting state guests and other high-level visitors to Berlin, coordinating ceremonies and commemorative events of the state of Berlin, and conferring honors and decorations awarded by the Berlin Senate, such as the Ernst Reuter Medal and the Order of Merit of the Federal State of Berlin.
It also includes the translation and interpreting service and the invitation program for former Berliners who were forced to emigrate under the Nazi terror regime.

Berlin’s international relations essentially take a two-pronged approach: bilateral cooperation with Berlin’s 17 partner cities and multilateral collaboration. The division’s primary task is to maintain and expand the network of stakeholders both in Berlin and in each of Berlin’s partner cities, to position Berlin as a leading force in multilateral networks like Metropolis, U20, and C40, and to represent Berlin’s interests in these contexts.

Division II B represents the Regional Secretariat for Europe that is part of Metropolis, the world’s largest network of cities. The online platform USE – Urban Sustainability Exchange, designed to advance sustainable metropolitan development, was developed by Berlin’s Metropolis team and is still being managed here. This platform can be used free of charge by people from every continent.

Division II B also works with the diplomatic missions based in Berlin and is responsible for armed forces affairs. Berlin is involved in international research on all essential urban development issues and either heads or participates in various projects, often in cooperation with civil society organizations.

You can find the email addresses and telephone numbers of the staff members working in these areas on the pages of our city partnerships and our multilateral collaboration.

More informations about the senate chancellery and the organizational chart you can find at www.berlin.de