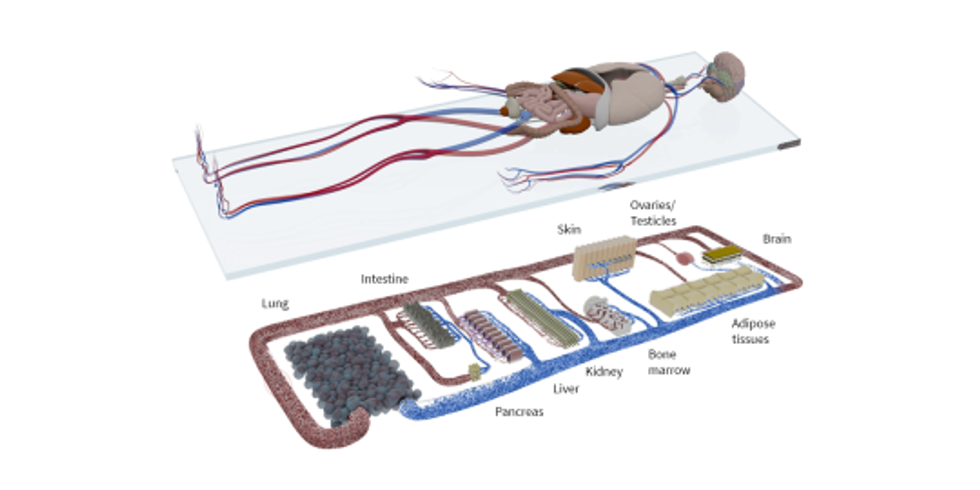 The 12th Webinar in the 3Rs training series, organized by the Animal Protection Commissioner of Berlin and the Johns Hopkins Center for Alternatives to Animal Testing (CAAT), in collaboration with the Veterinary Chamber of Berlin, will take place on Thursday, August 25, 2022, from 1 to 3.30 pm New York/ 6 to 8.30 pm London/ 7 pm to 9.30 pm Berlin.

Information about the panelists:

Thomas Hartung’s view on animal experiments has evolved over three decades of his career from something balancing ethical desires and needs for drug and product development to the realization that scientific, economic and social reasons urge change. His work on pyrogen testing shows that animal tests can be replaced on a massive scale. His work leading the European validation body showed, that animal tests do not represent a gold standard and that investment into alternatives enables change. As the head of the Center for Alternatives to Animal Testing, he leverages the opportunities of disruptive technologies such as the bioengineering of organoid models and AI as well as objective handling of data through evidence-based approaches.

During his PhD, Gavin Maxwell realized that the mouse model of B cell development he was studying had no human relevance. This realization led directly to a career in Unilever’s Safety & Environmental Assurance Centre where he’s been working on developing, evaluating and applying non-animal approaches (i.e. NAMs) for next generation risk assessment (NGRA) of consumer products and ingredients ever since. His talk will focus on how, in addition to replacing animal testing, NAMs and NGRA approaches can also help us better protect people and our planet and accelerate sustainable chemical innovation. Truly a win: win: win!

During her career, Merel Ritskes-Hoitinga has experienced that it has become urgently necessary to move from Refinement to Replacement research and education. There is an abundance of scientific evidence demonstrating the low translatability of animal studies to the human situation, and the better and faster results that many alternatives to animal studies/new approach methods (NAMs) offer. It is therefore of the utmost importance, both in terms of animal welfare as well as furthering science, that we can and must accelerate the transition to animal-free innovations.
Utrecht University: Merel Ritskes-Hoiting
Utrecht University: Transition to Animal-free Innovation

Thomas Hartung, MD, PhD, is the Doerenkamp-Zbinden-Chair for Evidence-based Toxicology in the Department of Environmental Health and Engineering at Johns Hopkins Bloomberg School of Public Health, Baltimore, with a joint appointment at the Whiting School of Engineering. He also holds a joint appointment for Molecular Microbiology and Immunology at the Bloomberg School. He is adjunct affiliate professor at Georgetown University, Washington D.C.. In addition, he holds a joint appointment as Professor for Pharmacology and Toxicology at University of Konstanz, Germany; he also is Director of Centers for Alternatives to Animal Testing (CAAT, http://caat.jhsph.edu) of both universities. CAAT hosts the secretariat of the Evidence-based Toxicology Collaboration (Website) and manages collaborative programs on Good Read-Across Practice, Good Cell Culture Practice, Green Toxicology, Developmental Neurotoxicity, Developmental Immunotoxicity, Microphysiological Systems and Beyond Classical Refinement. As PI, he headed the Human Toxome project funded as an NIH Transformative Research Grant and the series of annual Microphysiological Systems World Summits starting in 2022 by 52 organizations. He is Field Chief Editor of Frontiers in Artificial Intelligence. He is the former Head of the European Commission’s Center for the Validation of Alternative Methods (ECVAM), Ispra, Italy, and has authored more than 620 scientific publications with more than 40,000 citations (h-index 104). His toxicology classes on COURSERA had more than 15,000 active learners.

Dr. Gavin Maxwell is Safety Science Advocacy Lead within Unilever’s Safety and Environmental Assurance Centre (SEAC). Gavin studied immunology and since joining Unilever in 2004 has been involved in the development, evaluation, and application of Skin Sensitization NAMs for Next Generation Risk Assessment (NGRA). He’s also helped lead EU Cosmetics Industry-funded non-animal safety science programs for the last 15 years and is currently industry co-chair for the European Partnership for Alternatives to Animal Testing (EPAA).

Prof. Merel Ritskes-Hoitinga has been appointed Professor in Evidence-Based Transition to Animal-Free Innovations at the Faculty of Veterinary Medicine at Utrecht University, The Netherlands, since 1 June 2022. From 2017-2022 she was Professor in Evidence-Based Laboratory Animal Science at the Radboud University Medical Center (Radboudumc). Since her graduation as a vet in 1986, she has been committed to the goal of implementing the 3Rs and improving the quality of science and animal welfare, aiming to obtain results that are more translatable to the human patient. From 2005-2017 Merel was the head of the Central Animal Facility CDL at Radboudumc and professor in Laboratory Animal Science. From 1997-2005 she was professor in Laboratory Animal Science and Comparative Medicine at the University of Southern Denmark, also being the manager of the central animal facility of the Faculty of Medicine. She founded SYRCLE (Systematic Review Center for Laboratory Experimentation) in 2012. Merel has been participating in the transition team of the Dutch Transition Programme for Innovation (tpi) without the use of animals, representing the Dutch universities organisation. Her current focus in research and teaching is on interdisciplinary research in order to accelerate the transition to animal-free innovations. See also her recent Nature World View publication.

Dr. Kathrin Herrmann has always felt a deep connection to other animals and their need for pro- tection. This and her passion for medical science led to her decision to study veterinary medicine and specialize in animal welfare science, ethics, and law. Kathrin currently works at the Center for Alternatives to Animal Testing (CAAT) at Johns Hopkins Bloomberg School of Public Health, Baltimore, MD, United States and she is the Animal Protection Commissioner of Berlin, Germany. She is a Diplomate of the European College of Animal Welfare and Behavioural Medicine and a founding member of Minding Animals Germany and of the European Association for Critical Animal Studies. For almost a decade, she worked as a federal inspector trying to protect animals used in research and education and, in this way, frequently witnessed the limitations and shortcomings of animal protection laws; the current regulatory system does not properly safeguard non-human animals. She initiated and co-edited Animal Experimentation: Working Towards a Paradigm Change, a book project that features 51 authors, to highlight the problems associated with non-human animal use in science