The Berlin Zoological Garden is Germany's oldest zoo and features one of the most comprehensive collections of species in the world.

As the oldest zoo in the country, the Berlin Zoological Garden is rich in tradition. It is located in the middle of the western city center, next to the eponymous train station and the Kaiser Wilhelm Memorial Church. With about 1400 species (including the aquarium), the Berlin Zoo is one of the most species-rich and interesting animal parks in the world. More than 18,600 animals cavort on an area of over 80 acres. One of the zoo's former inhabitants, polar bear Knut (2006-11), became world famous after his birth in the enclosure.

History of the Berlin Zoo

The animal park was founded in 1844 on the initiative of naturalists Alexander von Humboldt and Martin Lichtenstein, making it the first zoo in Germany. With the help of garden artist Peter Joseph Lenné and renowned master builders, an attractive site with an antelope house (1872) and a Persian ower (1910) for equine animals was created. The two entrances - the Lion Gate on Hardenbergplatz and the Elephant Gate on Budapester Straße - are small architectural works of art dating back to around 1900. 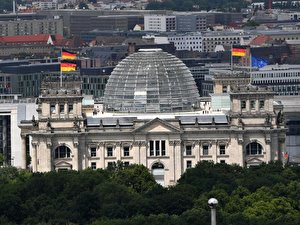 Discover Berlin-Tiergarten: news, interesting facts and tips about the district for tourists and future residents. more