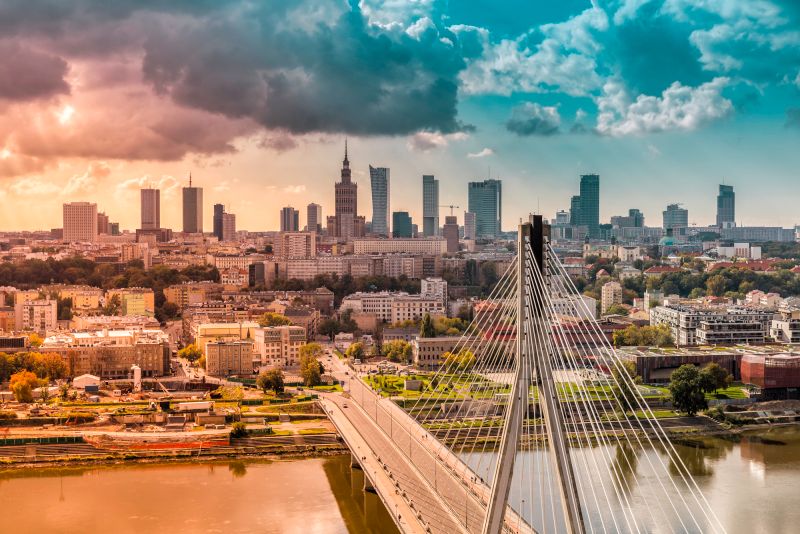 Geographically, Poland is Berlin’s closest partner country. In view of the eventful history we share, Berlin attaches great importance to the partnership with Warsaw and other Polish cities.

Over the following years, the two cities developed an active exchange in the areas of urban development, mobility, city marketing, environmental protection, science and academics, and especially cultural exchange. The cooperation between the two partners includes a reciprocal exchange of experience, support for conferences and other events, and their work together in European and international networks and contexts.

In making contact, Berlin and Warsaw can call on a comprehensive network of institutions. Along with direct contacts to Warsaw’s city administration, partners like the Polish Institute in Berlin, the Goethe-Institut in Warsaw, and the embassies of both countries are indispensable when it comes to carrying out specific projects. At the same time, Berlin also has recourse to a lively German-Polish civil society right here in the city, which is regularly invited to the Berlin Town Hall for networking meetings. Another priority is school and university partnerships, almost 100 of which have been established between Berlin and institutions in Warsaw and other Polish cities. And the fact that more than 200,000 Berliners have Polish roots is a great advantage to cooperation with our neighboring country.

Many different German-Polish institutions are involved in planning and carrying out the events celebrating the 25th anniversary of the city partnership in 2016, making the abundant connections between the two countries truly visible.

An article in taz from 7 January 2016 has more about the very lively city partnership between Berlin and Warsaw. You can read it here.