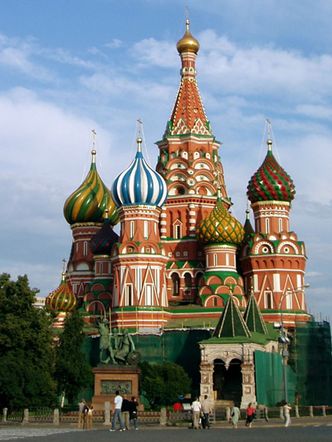 Since the joint declaration signed in November 1990 and the agreement on friendship and cooperation of 28 August 1991, Berlin and Moscow have signed many other agreements on specific areas, protocols, and mission statements aimed at fulfilling the goals of their partnership. A long-term partnership and many relationships on very different levels unite our two cities.

Governing Mayor Michael Müller’s visit to Moscow from 13 to 15 March 2017 gave new energy to our partnership, which had suffered since 2011, especially in the wake of Russian intervention in 2014 in the Ukrainian Crimea and the Donbass. Berlin’s goal is to keep the channels of communication open on the local level, despite the adverse political climate. During the March visit, the two mayors signed a memorandum mentioning all the relevant areas of cooperation and expressing both cities’ interest in stepping up collaboration. They also underscored their desire to have civil society organizations in both cities get more involved in the partnership. The Governing Mayor took a first step in this direction by meeting with representatives of many different NGOs during his trip to Moscow.

Relations are also being cultivated across a broad spectrum of specific areas. In June 2017, for instance, Moscow’s transport minister, Maxim Liksutov, headed a delegation visiting Berlin, while Berlin’s Senator Regine Günther took part in the Moscow Urban Forum at the beginning of July to discuss transport and urban planning issues. In September, the president of Moscow’s Chamber of Control and Accounts, Victor A. Dvurechenskikh, visited the president of Berlin’s Court of Auditors, Marion Claßen-Beblo. These two auditing authorities have been working together for a long time now. On November 20, Moscow’s Minister Vladimir Petrosyan, head of the labor and social services department, opened two seminars at the Berlin Town Hall with two colleagues from Berlin: the 19th seminar on social affairs with Senator Elke Breitenbach and a seminar on barrier-free urban planning with Senator Regine Günther. The Senate Department for the Interior and Sport is still holding continuing education seminars for administrative staff from Moscow. Starting in 2018, one of the two seminars organized each year will be held in Moscow for staff from Berlin.

Our relationship is thriving in the area of culture, too. The movies shown during the “Berlin Film Days” played to sold-out audiences at Moscow’s Documentary Film Center in March 2017, and plans are underway for a similar event in Berlin with films from Moscow. In October, a play called “Ich sehe dich, ich kenne dich” (I see you, I know you) premiered at Moscow’s Meyerhold Center in the context of the Berlin – Moscow city partnership.

Moscow’s external economic and international relations department is planning to hold “Moscow Days in Berlin” in the fall of 2018. This event will showcase not only the cultural sector of our partner city, but its business community as well.

The administrative departments involved in the exchange with Moscow meet regularly to coordinate the diverse contacts between the two partner cities. Representatives of Berlin’s civil society were invited to take part in the meeting in April 2016 for the first time.

Moscow is the capital of the Russian Federation and the seat of the country’s government, parliament, and president. The city has more than 70 museums and many galleries, 60 professional theaters, more than 20 concert halls, over 100 movie theaters, and two circuses. Moscow and Berlin are comparable in this respect, which is one reason why countless cooperative projects have been launched on both the administrative level and in the cultural sector.

Moscow also plays a key role in the Russian economy. Up to 80% of Russia’s financial potential is concentrated in Moscow, and its share of the country’s gross domestic product is 12.5%. Thanks to the opening of a Berlin office in 2003 by the Moscow Chamber of Industry and Commerce, Moscow’s business community also has knowledgeable representatives right here in our city. This increases Berlin’s chances of cooperation with Moscow in the business sector, although there is still room for improvement.