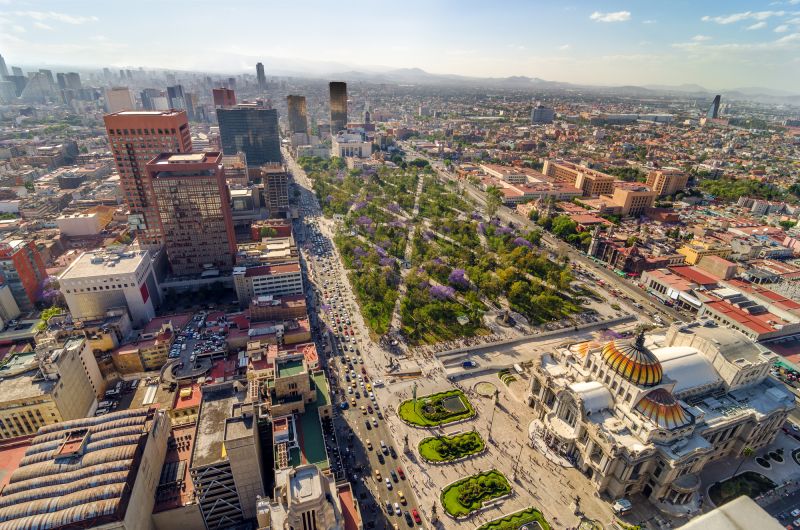 Berlin and Mexico City have been partner cities since 1 September 1993.
Priorities of our cooperation include culture, urban development, environmental protection, transportation, water supply, waste disposal, and recycling. We exchange experience in reciprocal visits, participation in bilateral and international specialist conferences, and the exchange of “best practices.”

The cultural sectors of our two cities host very diverse activities. Countless musical, theatrical, film, and dance events, exhibitions, and workshops bring culture and the arts from the other city to life and inspire creative professionals on many levels across the genre spectrum.

Berlin took an active part in the first techno parade held in Mexico City, contemporary Mexican music is showcased in Berlin, and Berlin orchestras present classical music – also in “teaching concerts” – in Mexico City, to name just a few of the musical projects carried out together by the two cities.

The exhibition “CITÁMBULOS – Strolling through Mexico City” made the most visible contribution in Berlin to our partnership’s 15th anniversary celebration in 2008. It was rounded off by a colloquium, films, and other cultural events. By “traveling” to the urban phenomena of Mexico City, Citámbulos made it possible for visitors to experience everyday life in this megalopolis with all five senses. The exhibition also featured significant contributions to the ongoing debate about the future of megacities worldwide.

There is growing recognition in our partner city cooperation that Mexico is also a market for renewable energy and energy efficiency. The key partner for dialogue on climate issues was originally InWent – Internationale Weiterbildung und Entwicklung gGmbH; since 2010 it has been the Gesellschaft für Internationale Zusammenarbeit (GIZ) GmbH.
Exchange in the areas of public transportation, mobility, security, and business was stepped up for the 20th anniversary of our city partnership in 2013.
Tourism is a key economic factor for both cities.