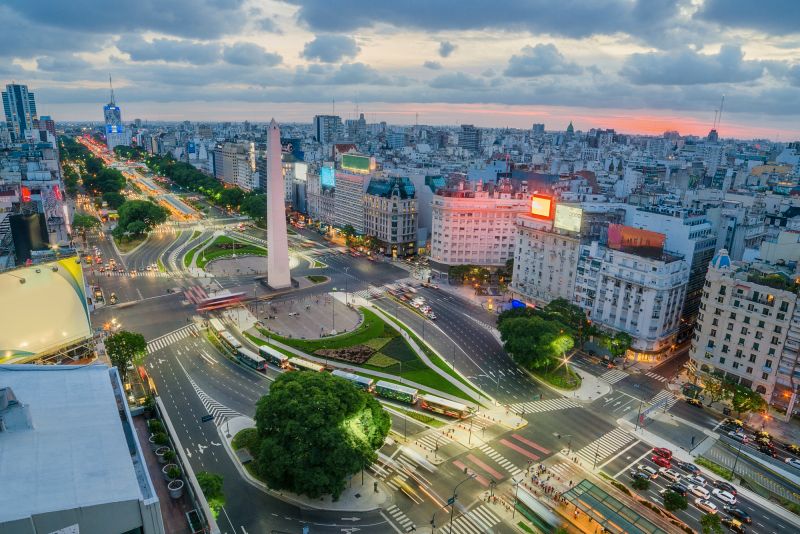 Berlin’s partnership with Buenos Aires dates back to 19 May 1994. They celebrated the 25th anniversary of their city partnership in 2019. The two cities’ cooperation is most visible in cultural exchanges, with many long-standing exchanges between opera houses and theaters, between musicians and filmmakers, and in dance, visual arts, and other areas of the arts.

Tango is at home on the banks of the Río de la Plata and fascinates Berliners, too – our city is now one of the world’s tango capitals.
In 2004, a cultural dialogue in both cities marked the ten-year anniversary of the city partnership between Berlin and Buenos Aires. Each city presented itself in the other with countless joint projects, productions, and exhibitions. A “Museum Night” modeled on the one held in Berlin was introduced in Buenos Aires as part of this dialogue; this hugely popular event has since become an integral part of the Buenos Aires cultural calendar. Many of the contacts made back then are still strong today.

Along with traditional areas of city partnership cooperation like urban development, environmental protection, transportation, scientific and academic collaboration, and youth encounters, there has been a lot of development in the areas of renewable energy and mobility. Issues like social integration and citizens’ participation are also playing a growing role. By exchanging best practices and with joint seminars and conferences, the partner cities use their experience to benefit decision-making processes in the other city. At issue are no longer simply technical solutions; rather, the cities are interested in the ability to meet the challenges of the future and in social and cultural transformation.

In 2018, Buenos Aires and Paris launched the Urban 20 initiative, of which Berlin is also a member. U20 brings together the biggest and most important cities in the G20, pools their needs and concerns, and contributes these to the G20 process.
Our cooperation also attaches special importance to the theme of urban cultures of memory, teaching memory, and questions related to identity and exile.
One of the highlights of the 15th anniversary of our city partnership was the exhibition of the United Buddy Bears at Plaza San Martín, which attracted countless spectators and, together with activities organized by the Ministry of Culture of the city of Buenos Aires, promoted tolerance, peace, and understanding.

In honor of the 20th anniversary of the fall of the Berlin Wall, a spectacular “Wall domino” event was held right after what was by then the 6th “Noche de los Museos” in November 2009.
Berlin and Buenos Aires are fellow UNESCO Cities of Design, and the two cities both inspire each other and hold a powerful attraction for creative talents of many different kinds. Young creative professionals from the two cities present their products and ideas at international design, fashion, and music festivals.

In 2014, the city partnership celebrated its 20th anniversary, and a series of events and activities in different areas marked this milestone in Berlin and Buenos Aires. The creative industries, startups, culture, and tourism are key economic sectors for both cities, and these were highlighted in our anniversary year. That was also true of our climate partnership, which is aimed at exchanging expertise within specific projects to find innovative solutions that help safeguard urban quality of life.

At the end of 2012, Berlin and Buenos Aires set up a “climate partnership” as part of the project “50 Municipal Climate Partnerships by 2015,” which is being carried out by Engagement Global GmbH/Service Agency Communities in One World with funding from Germany’s Federal Ministry for Economic Cooperation and Development. The focus is on “energy management in public buildings.” A successful project was carried out in this context already between 2012 and 2015 as part of the “Partnership Projects for Sustainable Local Development” (NaKoPa) subprogram, which involved support for the development of sustainable energy management in public educational institutions in Buenos Aires and an educational component in both Berlin and Buenos Aires. Since 2016, the two cities have worked on a follow-up project on energy efficiency and cogeneration of heat and power in public hospitals within the Berlin-Buenos Aires climate partnership.

Events were held in both cities to celebrate the 25th anniversary of the Berlin – Buenos Aires city partnership in 2019, and former Governing Mayor Michael Müller made a trip to Buenos Aires to mark this anniversary in April 2019.
Since the outbreak of the COVID-19 pandemic, events have been moved to the virtual realm. Representatives from Berlin and Buenos Aires have met in a number of videoconferences to discuss the pandemic and the measures they’re taking to fight it. For instance, on 26 May 2020, Head of Government Horacio Rodríguez Larreta of Buenos Aires, former Governing Mayor Michael Müller, and Dr. Christian Drosten, as well as mayors of other Berlin partner cities, met for an online dialogue on pressing issues related to the pandemic. In August 2020, the ambassador of the Argentine Republic accepted the former Governing Mayor’s invitation to tour the coronavirus treatment center on Jafféstraße to hear more about the construction and operation of this emergency hospital. Another videoconference was held at the beginning of October, this time with the participation of the minister of health of Buenos Aires.

However, fighting the pandemic is not the only focus of the close cooperation between Buenos Aires and Berlin. Berlin is still in close contact with its South American partner city on the subject of other urban challenges as well, such as mobility, data management, and green infrastructure.

Planned activities and events are found under News, past events are listed under Retrospective.