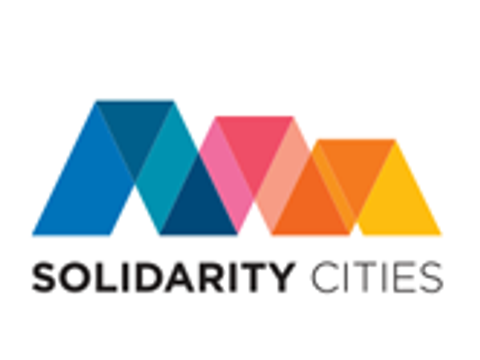 The city of Berlin has joined the international city network “Solidarity Cities.” This network originated in an initiative by mayors whose cities are also represented in the Eurocities network and who are united in their support for taking in and integrating refugees and asylum seekers.

Both the cities already engaged in Solidarity Cities and its future members want to work with the European Commission and European member states to better deal with the refugee situation.

In 2015 the Eurocities network spoke out on the prominent role played by European cities in taking in and integrating refugees. In addition to food and shelter, the refugees’ psychological, social, and emotional needs must also be attended to. These are the aspects being addressed by the Solidarity Cities organization in the interest of facilitating successful integration.

The former Governing Mayor of Berlin, Michael Müller, had this to say about Berlin joining the network:

“Our city is an outward-looking metropolis that has always embraced the principles for which Solidarity Cities stands. As a ‘city of freedom,’ Berlin has always identified with the idea of solidarity: our city was dependent on the solidarity and the help of others as it struggled for freedom after 1945. That experience has given us, as a city and a civil society, the political and moral obligation to extend our own solidarity to people in need. The support our city gives to refugees, as well as the personal commitment shown by the many volunteers, testifies to the obligation we feel. Berlin will be a sanctuary and a place of opportunity for refugees in the future as well. We welcome the commitment shown by all of the cities, and their residents, that have taken on this humanitarian task and have joined Solidarity Cities to underscore their position.”

Berlin will be joining Zurich, Milan, Nicosia, Leeds, Athens, Leipzig, Amsterdam, Ghent, Ljubljana, Barcelona, Florence, Stockholm, and others in lending refugees their support within this network.

The day-to-day work for the network on behalf of the Berlin Senate is done by the Senate Department for Integration, Labour and Social Services. You can read the press release (in German) about Berlin joining the network here.