Ferries are an important means of transport for many Berliners on their daily commute to work. Some ferry lines are also popular with weekend visitors. Most ferries in Berlin are operated by the BVG and can be used with a Berlin public transport ticket. 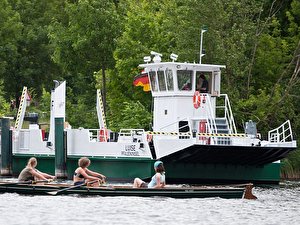 The ferry to Pfaueninsel in southwest Berlin takes visitors from the banks of the Havel River to the fairytale "Peacock Island". more 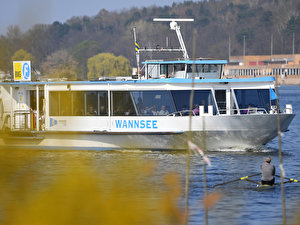 The ferry line F10 between Wannsee and Alt-Kladow is an important transport connection and popular with excursionists on weekends as a short steamboat trip. more 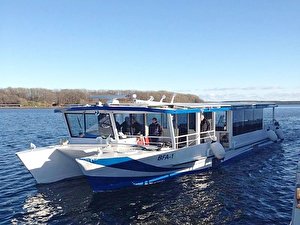 The ferry F11 crosses the Spree south of Plänterwald and connects Treptow with Oberschöneweide all year round. more 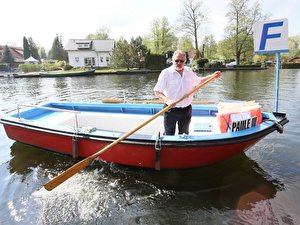 During the summer months, passengers can take a trip across the Müggelspree and back on Saturdays, Sundays and public holidays on Berlin's only rowing ferry. more 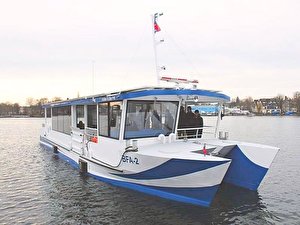 The F12 ferry line in southeast Berlin crosses the Dahme River and connects the districts of Grünau and Wendenschloss all year round. more 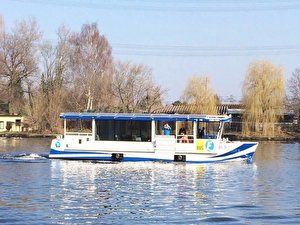 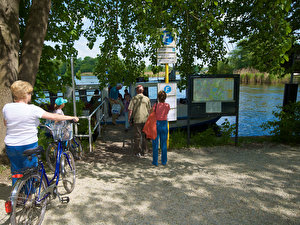 During the summer season, the ferry F23 runs at the eastern end of lake Müggelsee and opens up an idyllic water landscape. more 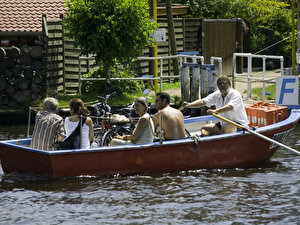 The F24 ferry line between Rahnsdorf and Müggelheim is unique in Berlin: the crossing is made by rowboat. more 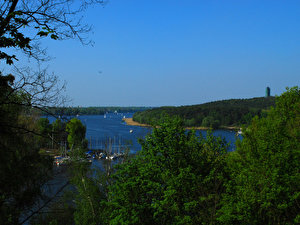 From the eastern bank of the Havel River in Grunewald Forest, a passenger ferry departs to the idyllic Havel island of Lindwerder. more

Berlin's only car ferry shuttles daily between Hakenfelde in Spandau and Tegelort in Reinickendorf. more

The Scharfenberg ferry connects the island of the same name with the northwestern shore of Lake Tegel. more

The passenger ferry operates on the Havel River and Lake Tegel, connecting the islands of Valentinswerder and Maienwerder with the mainland. more