The magnificent Charlottenburg Palace is the largest palace in Berlin. Framed by a baroque-style garden, the palace features an exhibition of the history of Brandenburg-Prussia. From 1695 to 1699, Sophie Charlotte, wife of Elector Frederick III, had a pleasure palace built to the design of architect Johann Arnold Nering. The complex was enlarged several times, adding a domed tower crowned with a statue of the goddess of happiness Fortuna, several wings, the Orangeries, the annex, and the Belvedere Teahouse, now a porcelain museum. After the early death of the Prussian queen, the palace was renamed Charlottenburg Palace.

Charlottenburg Palace was severely damaged in World War II and rebuilt starting in the 1950s. The former palace theater is now home to the Museum for Pre- and Early History, which boasts items from the famous Troy excavations carried out by Heinrich Schliemann in the 1800s. Next door to the palace, the Kleine Orangerie restaurant has a sunny atrium and outdoor seating for pleasant weather, providing a peaceful place to dine, enjoy high tea, or relax with an ice cream. Its larger sister building, the Große Orangerie, hosts classical music concerts from April to October. Musical highlights from the 17th and 18th century are performed by an orchestra in baroque costume.

In two permanent exhibitions, Charlottenburg Palace presents treasures from the Hohenzollern silver chamber as well as an exciting overview of the reign of the Hohenzollerns. Visitors can admire around 600 gems and treasures and gain insight into the centuries-long supremacy of the Hohenzollern dynasty. The palace also houses a collection of 18th century French paintings, the largest of its kind outside France. 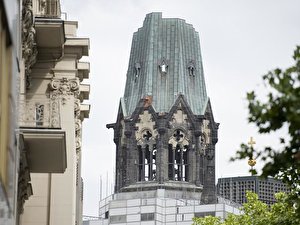 All you need to know about Charlottenburg, the heart of former West Berlin: events, neighborhoods, addresses and interesting facts. more