Located in the heart of the former US-sector in Berlin-Zehlendorf, the Allied Museum documents the history of the Western occupying powers during the Cold War era in Berlin from 1945 up to 1989. The lively permanent exhibition "How Enemies Became Friends" documents the 50 years of the Allies’ occupation in Berlin from 1945 to 1994. The chronological documentation includes a reconstruction of the Berlin Spy Tunnel, an Allied intelligence and tapping device, the original guard cabin from the crossing point Checkpoint Charlie and a GDR guard tower from the Wall’s perimeter. A special highlight of the exhibition is the Hastings TG 503, a British transport aircraft from the Airlift era. 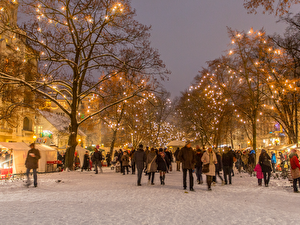