In Neukölln, you can find numerous old buildings with beautiful stucco at reasonably affordable prices. However, not all neighborhoods of the district have a consistently positive image. Many of them now have a neighborhood management that strives to improve the quality of life, but sometimes residents take the improvement of the situation into their own hands.

The so-called "Kreuzkölln" neighborhood around Weserstraße has already thoroughly changed its image. Once a working-class area, this part of Neukölln has become one of Berlin's trendiest neighborhoods. New cafés, stores and galleries are constantly opening, and new residents from Mitte, Kreuzberg, Prenzlauer Berg, and all over the world flock to this painfully hip part of the capital.

Neukölln is a residential district with a multicultural atmosphere. While the more central neighborhoods in the north of the district have a very urban, inner-city flair, its southern neighborhoods are quite suburban. The district is home to many born-and-bred Berliners as well as young students and families from about 160 different nations.

The district of Neukölln consists of the smaller local districts Neukölln, Britz, Rudow, Buckow, and Gropiusstadt. Gropiusstadt became a separate district in 2002 and divides Buckow into two parts. 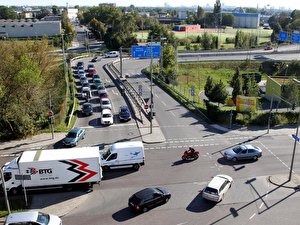 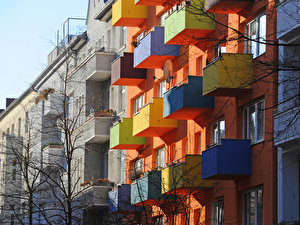 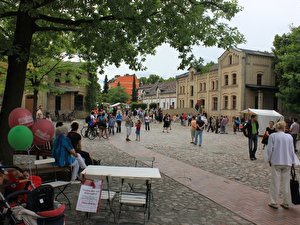 The district of Britz has a lot to offer: Britz Palace, the Britzer Garten, and the World Heritage Site Hufeisensiedlung attract many visitors to the Neukölln neighborhood. more 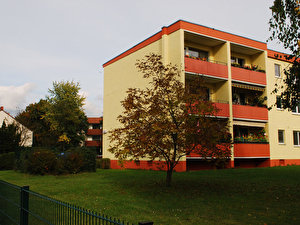 Buckow is divided into two parts by the housing estate Gropiusstadt. The district is very tranquil and offers both village idyll and metropolitan flair. more 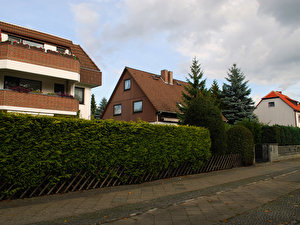 Rudow enjoyed a peripheral location when Berlin was divided by the Wall, but now the neighborhood gets quite a lot of through traffic. Beyond the main traffic routes, however, Rudow is still quiet and tranquil. more 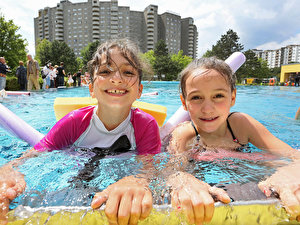 The large housing estate Gropiusstadt was built in the 1960s with a focus on social housing. Much has changed since then. more 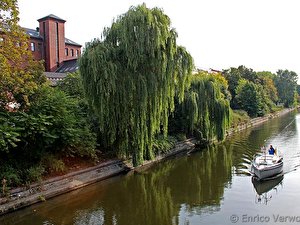 An overview of the most important addresses in Neukölln: local authorities, schools, hospitals, cafés, restaurants, tips for leisure activities and more. more