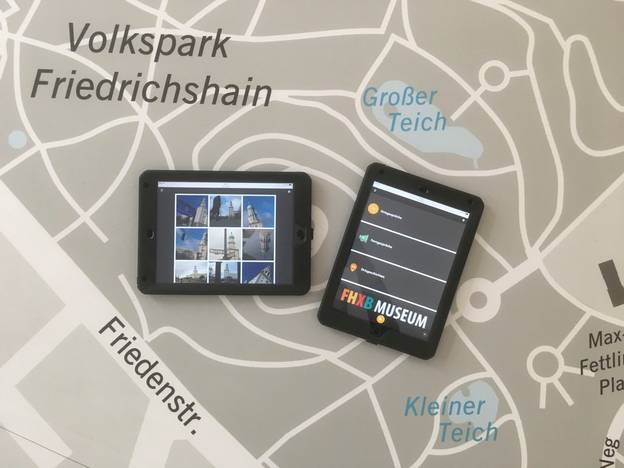 The exhibition "ortsgespräche" was created in 2012 as a participatory project with residents from Friedrichshain-Kreuzberg and was shown on two floors of the museum until 2017. In 2016, "Ferngespräche" was added. "Ortsgespräche" shows that urban history is always also migration history and makes the significance of migration for the city and its places visible. With a digital relaunch, the museum, together with the Berlin-based company "shoutr labs," is now making all parts of the "ortsgespräche" exhibition available to experience again through the media. Using your own smartphone or borrowable multimedia devices, it is possible to explore various places in the district historically on a city map, discovering them from the perspective of residents and refugee new Berliners. In the section ortsgespräche, people from Kreuzberg and Friedrichshain will guide you on personal routes through the district to places with which they associate their memories, which they consider typical for the district or where they have experienced something special.

In the Long Distance Talks section, new Berliners present their personal perspectives on the city. In several workshops, people from different countries have worked together with film and performance artists to create video collages about memory, protest, participation, flight, doubt, and arrival.