The exhibition «Bone Music» at Villa Heike sheds light on the history of banned music in the USSR and shows the ways in which people in the former Soviet Union spread music despite censorship.

«Bone Music» shows original artefacts, archive material, film, music, pictures and installations and is accompanied by events. On 14 August, the exhibition will be ceremoniously opened with an open-air programme. In addition to accompanying panel discussions with international guests on music censorship in the Soviet Union, the GDR and today, as well as guided tours with the curators, the programme also includes concerts that will be recorded live and pressed onto X-rays using an old vinyl cutting machine. "Bone Music" at Villa Heike in Hohenschönhausen is curated by Stephen Coates and Sergey Korsakov. 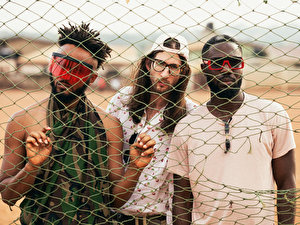