Dog owners who want to explore Berlin with their four-legged friends must abide by the local regulations and laws for dog owners. Overall, Berlin is considered a dog-friendly city.

Since January 2019, dogs must be kept on a leash in all public spaces in Berlin. The only exceptions are official dog parks and areas for dogs explicitly marked as such.

How long can my dog's leash be?

In pedestrian zones and streets with crowds of people, public buildings and business premises, at public festivals as well as at railroad stations and on public transport, dogs must be kept on a leash no longer than 1 meter.

In public parks, canal promenades, inside garden allotments, on camping grounds as in wooded areas, dogs must be kept on a leash of no more than 2 meters. Exceptions are only possible on areas that are marked as dog exercise areas.

There is a general ban on dogs in children's playground. Dogs are also prohibited in some parks and green areas as well as in many public buildings and stores. Bathing establishments and outdoor swimming spots are also taboo for our four-legged friends.

Do I need to pick up my dog's poop?

Even if it doesn't always look like, Berlin's dog owners are oligated to pick up and remove the excrement of their dogs. Violations of this regulation can be punished with an administrative fine. The excrement can be disposed of in plastic bags in any public garbage can. Some places such as parks and inner-city spaces provide bag dispensers with plastic bags for this purpose.

Even if officers are only rarely around, dog owners should still adhere to this regulation even if they are not scared of paying a fine. Many Berliners are fed up with dog poop on sidewalks and in parks and are not afraid to make careless dog owners aware of their duty loudly and publicly.

Which dog breeds have to wear a muzzle in public?

For a number of dog breeds deemed potentially dangerous, muzzles are mandatory in public. These breeds are called "listed breeds" and include the Pitbull Terrier, the Bullterrier, the American Staffordshire Terrier, and their crossbreeds. These dog breeds are allowed to run without a leash in designated areas, but must still wear a muzzle. In addition, dogs of such breeds must be registered with the responsible authority. For registration in Berlin, owners must provide a certificate of good conduct and proof of their expertise with dogs as well as proof that the dog is not aggressive.

Do I need to register my dog?

In addition to the mandatory dog tax, all dog owners residing in Berlin must register their dog in a central register since January 1, 2022. There is a registration fee.

Are dogs allowed on public transport?

Dogs must be kept on a leash in suburban and subway trains, buses and streetcars as well as inside railroad stations. So-called listed breeds (see above) must also wear a muzzle. For large dogs, owners must buy a reduced-fare ticket while small dogs may travel free of charge.

There are twelve designated areas in Berlin forests where dogs are allowed to run free without leash. Especially the dog area around Grunewaldsee is very popular. It is the largest continuous dog exercise area in Berlin. Generally, dogs must be kept on a leash in Berlin forests. 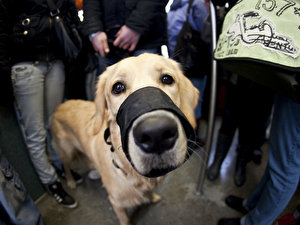 Information on the rules for dog owners who want to take their dogs on trains, buses and trams. more 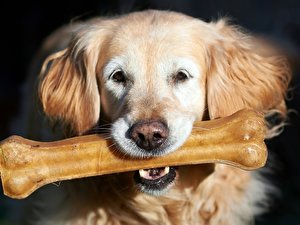 Since the beginning of 2022, all Berlin dog owners are been required to register their four-legged friends in a central registry. more