For night owls in need of refreshments, the local «Späti» is a cherished lifeline. But what is a Späti, and why are there so many in Berlin and not in other cities? «Spätis» are a Berlin speciality. There are about 1000 of them in Berlin, most of them in the city centre. They provide residents with the necessities when most other shops have already closed and the gas station is too far away or seems too impersonal. On the shelves and on the floor of a Späti are piles of drinks, sweets, tobacco products and magazines, often also toilet paper, flowers, milk and pastries. Sometimes a TV show is running on the computer between the counter and the shop window. Regulars stand or sit in front of it while walk-in customers enter and leave the shop at a rapid pace.

The Späti is Part of Berlin's Kiez Culture

A «Späti» can be a supermarket, meeting place, internet café, bakery, drugstore, lottery office, post office and gift shop all in one. It serves its custormers not only after work, but also on holidays and weekends. Owners know their regulars by name or face and always know what's going on in the neighborhood. Berliners, new Berliners and tourists have the city's history to thank for the Späti's existence.
The term «Späti» is a diminutive of the word Spätkauf, which in turn derives from the so called «Spätverkaufsstellen» (Late Shops) of the former GDR. After the dissolution of the GDR, the term also became common in West Berlin. The equivalent of a «Späti» is called «Büdchen» in Düsseldorf and «Wasserhäuschen» in Frankfurt. In Bavaria, there are only «Kiosks», regular newsstands, because in southern Germany shop closing times apply to all businesses with no exceptions.

From the Mobile Drinking Hall to the «Späti»

The Kiosk appeared on the streets of Berlin in 1859, almost at the same time as the mineral water bottle. It was called a «mobile drinking hall», designed by Martin Gropius and introduced by the Berlin police to combat the growing alcoholism. At that time, workers mainly drank schnapps and beer as the Berlin tap water was hazardous to their health. In addition, alcohol consumption was encouraged by factory owners through so-called «schnapps donations».
Contrary to what the name «drinking hall» suggests, the sale of alcohol was prohibited here. At first, only bottled mineral water was available, but soon the range was expanded to include soft drinks, sweets, magazines, tobacco and, a little later, alcohol. After the year 1900, the term «drinking hall» went out of fashion and was increasingly replaced by the word«Kiosk» - that is, until the GDR introduced the Späti.

These days, opinions differ on what should be allowed to be sold in a Späti and when. Berlin's shop opening law distinguishes between two types of retailers, to which the Spätis also belong. Spätis that exclusively sell so-called tourist supplies such as souvenirs, city maps, tobacco products, suntan lotion, food, and goods for immediate consumption such as alcohol, sweets, ice cream and fruit are allowed to open on Sundays and public holidays from 1 pm to 8 pm.
From 7 am to 4 pm, only shops that offer necessities for the general population, such as flowers and plants, newspapers and magazines, bakery products and milk, are allowed to open. Late-night shops that mix these two types of assortments must remain closed accordingly, as are supermarkets and drugstores. However, there is no lack of ideas to ensure the preservation of the once very generous opening hours, large assortments and the essence of the Berlin institution of the Späti despite the stricter law.

No Solution But a Lot of Heart

In the beginning, some Späti owners covered parts of their product range. Others risked the fines. An online petition gathered supporters for the re-adjustment of the shop opening law. Local politicians demanded exceptions for a few hours every Sunday. One suggested converting Spätis into charging stations for pedelecs, making them gas stations in the eyes of the law, which are allowed to remain open during all hours. It is not certain that there will ever be a solution that makes everyone happy. What is certain, however, is that a permanent place for «Spätis» has been created in the hearts of Berliners and visitors to the city. 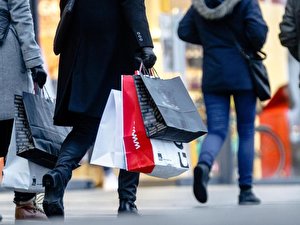 An overview of the Sundays open for business in 2022 in Berlin. more