The Organizing Committee of the Special Olympics World Games Berlin 2023 and Special Olympics Germany have launched the largest municipal inclusion project in Germany with the nomination of Host Towns. In the run-up to next year's World Games, which will take place from June 17 to 25 in Berlin, the international delegations as well as the athletes and their families will visit the various inclusion projects of the host cities from June 12 to 15, 2023. More than 250 municipalities had applied to be part of the projects. In Berlin, three districts are involved: Marzahn-Hellersdorf, Lichtenberg and Spandau.

In the four days before the start of the world's largest inclusive sporting event, the delegations will get to know the country and its people in the host cities and experience the regional characteristics and uniqueness of all German states, as the organizers announced on Wednesday (Jan. 26, 2022). "The program aims to establish inclusive structures and self-determined participation locally. Thus, it is an expression of our holistic strategy to look beyond sports and towards the living environments of people with intellectual disabilities and their perception in society," said Christiane Krajewski, president of Special Olympics Germany (SOD). 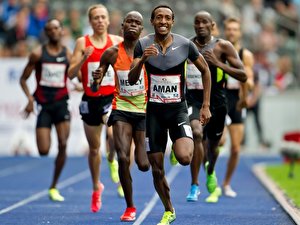