At first glance, the Designpanoptikum (English: Design Panopticon) looks like an odd cabinet of horrors. At second glance, however, it reveals a curious hodgepodge of fascinating objects.

The Surreal Museum of Industrial Objects is a curiosity in Berlin's museum landscape. Most of the objects on display here initially evoke fear, horror or at least perplexity in visitors. However, the brachial-looking metal objects, coffin-like constructs and bizarre industrial knick-knacks turn out to be quite normal utilitarian objects from times gone by. Prostheses, an iron lung, a dissection table for small animals and an ejector seat are only a small selection of the exhibits.

Common to all the objects on show is that their design is strictly based on functionality and not on aesthetic sensibility. Upon closer inspection, supposed instruments of torture thus turn out to be medical devices or technical components. The design of the museum differs from classical exhibition concepts: exhibits are arranged in a peculiar artistic way, sometimes seemingly without concept, so that visitors could imagine themselves on the set of the surreal movie "Metropolis".

Chat to the Museum Director

If you are lucky, you will find museum director and photographer Vlad Korneev in a chatty mood. Korneev discovered and bought all the objects exhibited in the museum himself and can tell exciting and entertaining anecdotes about each one of them and about the museum itself. 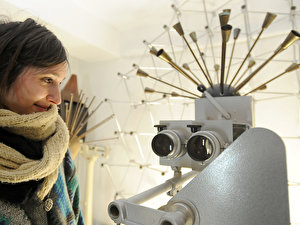 Off the beaten museum track, Berlin visitors will find a veritable cabinet of curiosities of quirky museums. Discover the most unusual, crazy and extraordinary museums in Berlin. more