The Berlin Marathon traditionally takes place in September each year. More than 40,000 athletes join the mass race through the city, cheered on by thousands of spectators. The Berlin Marathon is one of the most popular city-wide road races in the world. More than 40,000 athletes from about 120 countries set off on the course each year, cheered on by a million spectators, more than 70 live bands and dance groups.

Participating in the Berlin Marathon means a lot more than just running some 42 kilometres and sharing this experience with some of the fastest and most successful marathon runners in the world. Experiencing the fantastic atmosphere along the course and running through Brandenburg Gate and past the grandstands the last 400 metres to the finish line make the Berlin Marathon an unforgettable experience.

As in the years before, there are separate races for wheelchair users, handbikers, inline skaters and children. Some of these competitions take place on the day before the main race. 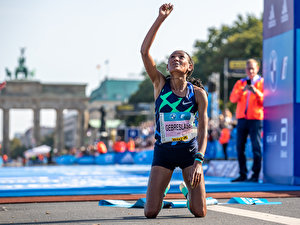 Straße des 17. Juni on the map 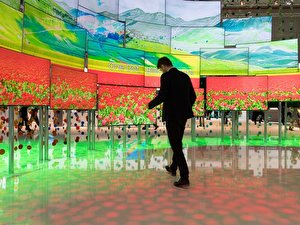