Prenzlauer Berg, also called "Prenzlberg", is a well-situated trendy district of Berlin. The "settlement" began here immediately after the fall of the Berlin Wall, which is why the district is the forerunner of all hip districts. Prenzlauer Berg continues to attract young people and alternative lifestyles, primarily students and artists. However, certain neighborhoods are now only affordable for the well-heeled. But numerous trendy cafés, pubs, clubs, restaurants, bars, galleries, theaters turn day into night and turn the district into a tourist magnet, especially the areas around Kollwitzplatz and Helmholtzplatz. The multicultural flair here comes more from French, Americans or even Spaniards than from oriental or Asian migrants.
This interest in Prenzlauer Berg, which 20 years ago was still a run-down neighborhood, probably stems from its beautiful residential flair: Prenzlauer Berg is considered the largest contiguous Wilhelminian style old building area in Germany. Picturesque squares and streets are not uncommon here, along with the many cafés and stores. 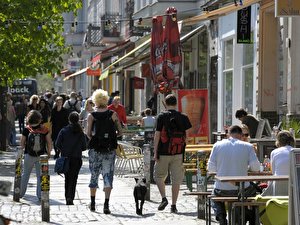 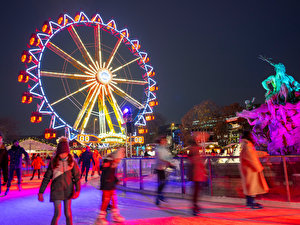 November 25 to 27, 2022: Events, concerts, exhibitions, flea markets and more things to do for your perfect weekend in Berlin. more