Marzahn has become more colorful over the last decades. The grey prefabricated concrete buildings been rebuilt and renovated since the fall of the Berlin Wall. Various attractions have also been added: the old village center has been revived, the windmill "Bockwindmühle", the main landmark of Marzahn, has been built, and the Marzahn recreational park has been expanded.

The Gardens of the World contain the largest Chinese garden in Germany, called "Garden of the Recovered Moon". The gardens are a popular tourist attraction. The district also has some other green corners, such the Wuhletal meadows with their small river, and the third highest mountain in Berlin - the Kienberg. 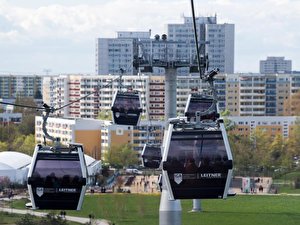 The district of Marzahn is characterized by concrete apartment buildings, many green spaces, and a good traffic situation. more 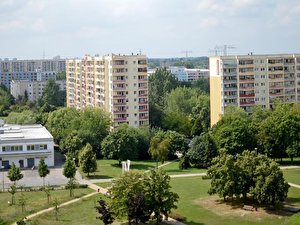 Marzahn is home to the largest housing estate of the former GDR. However, there are also some neighborhoods of single-family houses. The old village center has been preserved and is under monumental protection. more 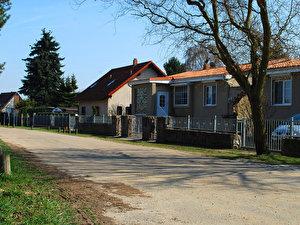 Like the neighboring districts of Kaulsdorf and Mahlsdorf, Biesdorf has an almost village-like character with many single-family houses and spacious garden plots. more 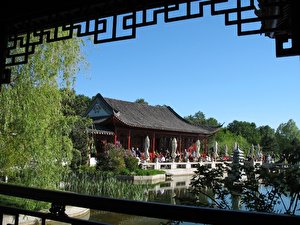