On Berlin streets, con artists playing shell games try to lure tourists with quick winnings. Should you fall victim to this scam, more than just money is at stake. A typical scene in Berlin's city center: A small group of people gather around a person playing the shell game. What might look harmless is a popular trick to lure money out of the pockets of unsuspecting visitors to Berlin. Here's what Berliners and tourists need to know about the shell game and how to protect themselves from street scams.

Where do you encounter shell game scammers in Berlin?

In Berlin, the perpetrators are mostly found at the popular tourist spots in the Mitte district and the western city center. Many of them can be spottet near sights such as the East Side Gallery and the Mercedes-Benz Arena, on the bridge near the City Palace, in front of Zeughaus, and on the Liebknecht Bridge near the Berlin Cathedral. They are also regularly seen on Kurfürstendamm, especially around the Kaiser Wilhelm Memorial Church.

How does the shell game scam work?

In a legally binding conviction of a defendant by the district court Tiergarten, the negotiating judge gave a reasoning which, according to Berlin police, is proof that the shell game constitutes fraud. It starts to be fraudulent the moment the scammer changed the modalities unbeknownst to the player. "This is the intended deceptive act," the judge declared.

If you sight shell players or have been scammed: Call the police at the telephone number 110. 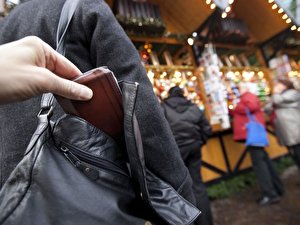 Tourists are welcome victims for pickpockets. Learn more about where pickpockets strike in Berlin and how to protect yourself from them. more 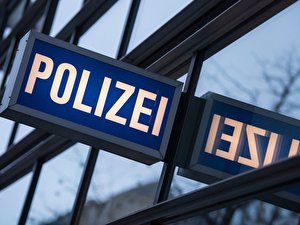 Police stations, emergency numbers and other information about the police in Berlin. more