The Volkspark Hasenheide offers a lot of green, an animal park, an open-air cinema and a rose garden.

The Volkspark Hasenheide in Neukölln has a bad reputation. In fact, certain areas resemble more a drug bazaar than a green space. If the person unfamiliar with the area unexpectedly enters such a section, some scenes may seem quite surreal to him. For sentimental, romantic souls, the Hasenheide is certainly not a suitable destination. But despite the visible problems, the Volkspark offers plenty of space for relaxed recreation away from the dark corners. Especially the offer for children is remarkable. The Neukölln Zoo and the large playground "Fairytales from 1001 Nights" are worthy of special mention.

Animal park in the Volkspark Hasenheide

The zoo goes beyond the petting zoos and game enclosures usually found in public parks. Near the street Hasenheide there is a tree-rich area where animals from different continents live. An emu from Australia is one of them, as well as Kashmir goats from Asia, parks or alpacas from South America. A cattle called "Hansyak" from the Himalayas grazes peacefully next to a Scottish highland cattle. Ponies, donkeys, fallow deer, goats and peacocks delight the adolescents. The lovingly designed mini-zoo, for which no entrance fee is charged, is to be enlarged and supplemented by a tree nature trail, which will be connected to the south.

The elaborately designed fairytale playground is centrally located: Here the children climb and romp under high wooden palm trees or board a pirate ship. Camels made of wood, a giant cobra and Ottoman roofs make the oriental illusion perfect.

Neighbouring the playground is the open-air cinema Hasenheide with 1000 seats, which was built as a natural theatre from 1955 to 1958. The "Hasenschänke", a snack pavilion in typical architecture with a forecourt, which is used as a café in summer, dates from the same period.

The amusement venues are concentrated in the centre of the Hasenheide, along Karlsgartenstraße. In 1987, a rose garden with the layout of a roundabout was created next to the pavilion. With pergolas, benches and a fountain, the enclosed garden is a haven of peace in the park.

History of the Volkspark Hasenheide

From rabbit terrain to military area

In a way, the zoo ties in with the origin of the park, whose cute sounding name is first mentioned in 1678. The Hasenheide was in fact once a fenced-in area where the four-legged animals were kept with their long spoons - at the request of the Great Elector, who used them to secure juicy roasts for the court table.
Under his heirs the military occupied the open space south of the royal city. An etching from around 1730 shows a large parade of the regiment Gens d'Armes for King Frederick William I in the Hasenheide. In the 19th century the Prussian army used large parts of the grounds as a training and shooting range.

At the same time, from the middle of the 19th century the forest-like area also offered plenty of space for folk entertainment with carousels and all kinds of curiosities.
The area became known beyond the city limits through Friedrich Ludwig Jahn (1778-1852), who performed gymnastics in the Hasenheide for the first time in public. He established the first German gymnasium there in 1811 together with Karl Friedrich Friesen (1784-1814). The physical exercises under pine trees, combined with liberal ideas, were initially suspect to the Prussian crown. Jahn was arrested as a demagogue in 1819 and gymnastics in the Hasenheide was forbidden in 1820.

Under King Frederick William IV the ban on gymnastics was lifted and in 1843 a new gymnasium was built in the Hasenheide. A century-old oak tree with a trunk circumference of a good five metres at the corner of Fontanestraße and Karlsgartenstraße is one of the cult sites in the history of gymnastics. It is said that the gymnastics father taught the first pupils stretching exercises on the branches of the Jahn oak.
After Jahn's death, the Berlin gymnastics clubs wanted to erect a monument to him at the place where he worked. Erdmann Encke designed the bronze statue, which was unveiled in 1872 in the Hasenheide. Impressive are the more than 130 greeting and commemorative plaques, which come from gymnastics clubs all over the world and decorate the pedestal of the monument.
For his companion Friesen, Jahn already created the Friesen hill with memorial stone on the eastern park path not far from the Jahn oak tree.

Volkspark Hasenheide in the NS era

The landscaped park in its present form was created in connection with the construction of the former Tempelhof Airport during the Nazi era. One of the large public parks of the Weimar period fell victim to the extensive complex. Built in 1919-25 on the Tempelhof field and a section of the Hasenheide, this park had a remarkable size of 85 hectares.

Redesign of the Hasenheide

Expansion and conversions in the Hasenheide

In 1936, as a replacement for the lost green space, the director of the city garden, Joseph Pertl (1899-1989), initiated the redesign of the Hasenheide on the present site. The area of the old Prussian shooting ranges was included.
The first conversion work concerned the Jahn Monument, which was moved 80 metres to the south to its current location. An elevated parade ground was created at right angles to the statue. The Jahn-Hain, to which two symmetrically arranged paths from the street Hasenheide lead, was inaugurated on the last day of the 1936 Olympic Games.

Filling up a mound of rubble: "Rixdorfer Höhe"

Interrupted by the Second World War, work on the park could be continued in 1951. To the west of the moving terrain, the "Rixdorfer Höhe" was piled up from rubble, a green, 27-metre-high hill to whose uppermost plateau winding paths lead. Because of the dense tree growth, including a lot of conifers, there is no visibility here. At the foot of the mountain of rubble, a monument commemorates the bone-hard work of the women in ruins who, after the end of the World War, recovered reusable bricks from the ruins and cleared the rubble.

Minigolf course in the Hasenheide

The sculpture at the entrance opposite Graefestrasse is the work of the sculptor Katharina Singer from 1955, and there is a minigolf course at this entrance. The Hasenheide, which gradually rises towards the south, is about 50 hectares in size. 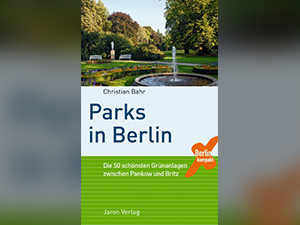 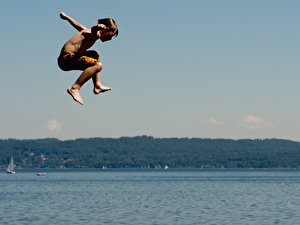